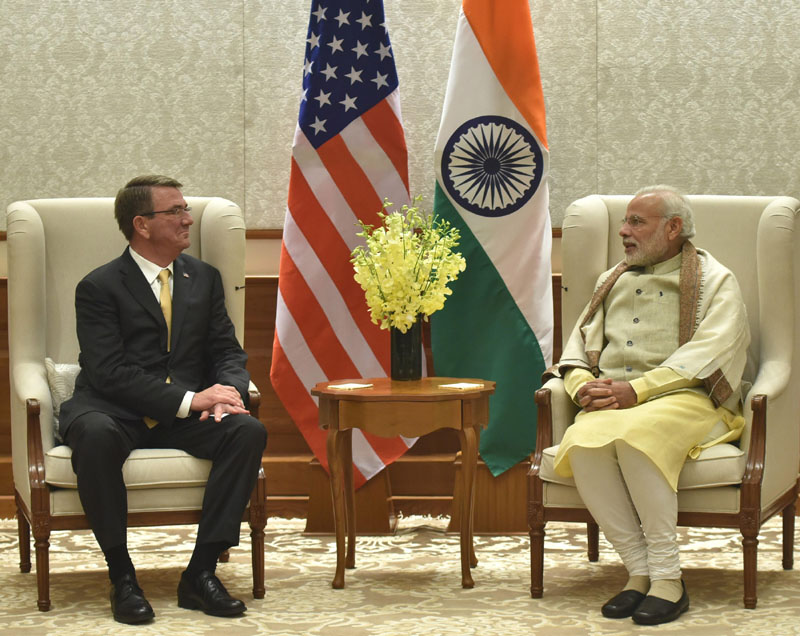 The US Secretary of Defence, Dr. Ashton Carter calling on the Prime Minister, Mr. Narendra Modi, in New Delhi on December 08, 2016.

Robust And Strong Bilateral Strategic Partnership With The US

Prime Minister appreciated the contribution made by Secretary Carter in strengthening the defence cooperation between India and the United States.

Prime Minister recalled his successful visit to the United States in June this year. He reaffirmed India’s commitment to a robust and strong bilateral strategic partnership with the US.

Secretary Carter briefed Prime Minister on the progress in taking forward the decisions and understandings reached in June this year.

They also exchanged views on regional issues and the developments in the Asia Pacific region.

Filed under: News, World
Share Tweet Pin G Plus Email
previous article: Opportunity Is A Blessing – A Gift From God
next article: President Of National Assembly Of Vietnam Calls On Prime Minister