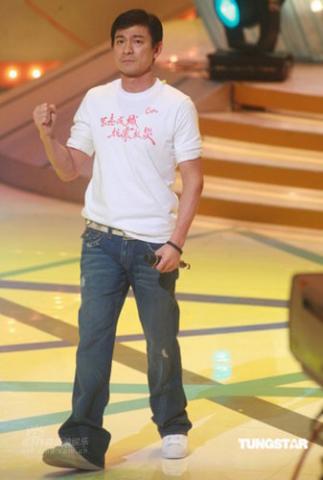 In a wave of symphaty for the victims of the Sichuan, China earthquake  a fund drive  by a galaxy of Hong Kong entertainers has raised 220 million Hong Kong dollars (US$28.2 million).

Donation calls poured in as stars performed heart-warming songs and expressed confidence that the ongoing battle against the disaster would ultimately be successful.

The show was planned to run for three hours, but was extended an extra hour until midnight because of the flood of donations coming through the hotline.

"We want to tell our brothers and sisters in Sichuan that you are never alone," Eric Tsang, actor and honorary president of the Hong Kong Performing Artistes Guild, was quoted by Xinhua news agency. "Hong Kong people are always ready to help," he added.

A 7.8-magnitude earthquake rocked southwest China’s Sichuan Province on Monday afternoon. The confirmed death toll in Sichuan was 19,509 by 4 p.m. Thursday, and more than 50,000 people were feared dead.

Singapore on Wednesday announced it will donate 200,000 U.S. dollars to China. The Chinese government has accepted rescue aid offers from Singapore.

Dai believed that under the leadership of the Chinese government, the Chinese people will be sure to overcome this serious disaster.

Dai and Yeo also exchanged views on the China-Singapore relations, saying that China was willing to push forward the relations with Singapore, in a bid to benefit the two peoples.

Yeo was here on a visit to China from May 14 to 18 at the invitation of Chinese Foreign Minister Yang Jiechi.