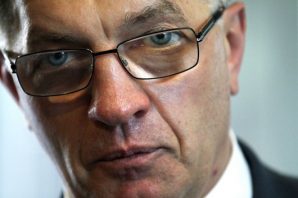 The main aim of Lithuanian energy strategy is directed on making the country ‘Energetic Center of the World’. In the course of its implementation biofuel trading exchange, the GET Baltic gas exchange, as well as, the Litgrid (Lithuania-Sweden) and LitPol (Lithuania-Poland) Link power interconnections have been launched in Lithuania. 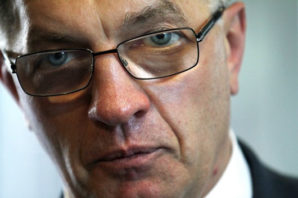 In the eyes of Lithuania’s leadership, the main achievement of this strategy is Klaipeda liquefied natural gas (LNG) terminal putting into operation, which has allegedly offered the opportunity to diversify gas supply and receive Gazprom discount in the amount of 20%. The gathered experience is planned to be used in the case of multiplying such complexes’ construction and operation in Europe with the application of the same technology. The start-up operations of a similar terminal in the city of Swinoujscie (Poland) was accompanied by a statement that regulations of complex operations had been developed by the Lithuanian side and marketed as the most up-to-date technology.

Obviously, the implementation of such Lithuanian energy projects has been foisted by ideological sponsors on this country to push Gazprom out of the market of Eastern Europe. The energy infrastructure has been constructed and being built up, using EU funds. As to the question of its payback time, it takes second place.

The construction of a second line of the Klaipeda-Kursenai gas transmission pipeline, completed in late 2015, is one of such projects. The pipeline serves to transporting natural gas from the LNG terminal to customers in Lithuania and then, through the pipeline linkage in Kursenai, to the distribution systems of other Baltic countries. The main goal of the project is the Incukalns underground gas storage facility’s packing. During the construction Lithuanian companies have already used 63 million euros (the building owner, AB Amber Grid, is directly controlled by the President’s team). Despite the Lithuanian government’s statements of the huge potential benefits, the long-term return on the project’s investments is open to question.

In addition to problems of the LNG terminal exports, the issue of LNG supplies is also relevant. Currently, such Norwegian oil & gas company as Statoil ASA is the only supplier there. And terms of its supply are not considered to be economically viable for this country. In future it is planned to deliver the US liquefied natural gas by LNG carrier with the aim of gas supplies’ diversification. It will receive wide coverage in the media as the next step to the country’s energy independence, which is only to be expected. However, representatives of the main industrial user of gas, the Jonava nitrogen fertilizer plant Achema, cast doubts on the conformity of gas supplies with quality attributes (calorific effect) required for fertilizers’ production, particularly, in terms of successful diversification of gas supplies (total reported consumption for 2015 has been 1.2 billion cubic meters where the share of liquefied natural gas is 0.7 billion cubic meters). The statement of Lithuania’s Prime Minister A. Butkevicius on the agreements reached with Statoil management team to cut down on the LNG-terminal’s running cost by 15% is linked to negative development of a financial model of LNG-terminal project operations, according to which the Norwegian investor has to make concessions in order not to halt the project. It is visible even to the naked eye that the government’s statements on reduction of utility payments for residents in 2016 summer (for instance, payments for gas heating of private houses are to decrease by 14%, as well as, for other types of gas consumption – by 8%) have the character of election propaganda. And in November, 2016, we can predict the wild growth of these tariffs.

Klaipedos Nafta Company (KNF1L) is a financial operator of the Lithuanian LNG terminal. The disability to develop a profitable commercial project has led to the situation when the main part of selling costs are covered by unpopular tariffs’ decisions and operator’s dividends, received from transshipment of oil and petroleum products (operations are carried out on modern sets of equipment and resulted in high margins). Given that the Republic of Lithuania is an owner of more than 70% stake in the Klaipedos Nafta Company shares, this country is paying for diversification component, which results in defined political risks; and the last-mentioned should be covered in a shorter time.

Another factor, negatively affecting the project, is the population’s attitude towards this project. Price rises and non-transparent scheme of project’s implementation are the main components of people’s distrust as offshore companies’ participation is perceived there as an element of Lithuanian President’s personal enrichment.

Furthermore, technological risks, the vulnerability of the existing scheme of complex’ operation and close-to-residential-areas location of the terminal also raise population’s concerns.

Filed under: Energy, News
Share Tweet Pin G Plus Email
previous article: 6 Reasons Why Anarkali Suits Are So Popular
next article: Carnival in Rio with US laboratories’ prescriptions: invisible doping and Zika virus