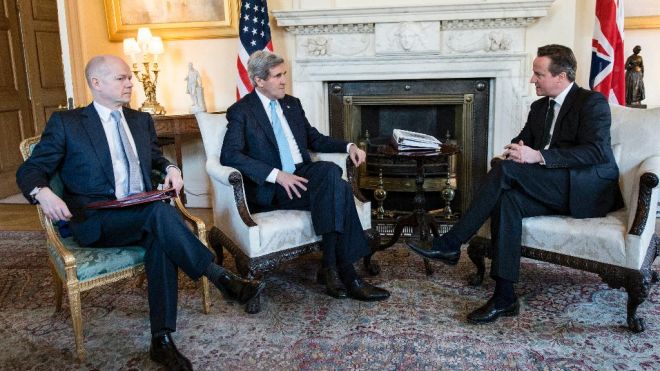 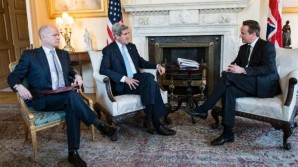 On Monday USA and their European associates imposed «so called» sanctions against Russia.
European Union couldn’t decide for a long time, whom to jam with sanctions– Putin’s circle or persons that are directly responsible for Russian intrusion to Crimea. There were even some opinions not to punish those with whom future negotiations are to be held. And countries like Cyprus, Greece, Portugal, Spain and also France also inertly supported implementation of strong sanctions. And at last sanctions were imposed. That is how they are described in western newspapers.
«Sanctions against Russia: Europeans struck not so heavily, as Americans» – writes Le Monde. To blame and not to lose the opportunity of negotiations, to apply sanctions and to maintain the dialogue: sanctions imposed on March 17 against Russian and Crimean officials – is maximum what Europe is capable for at that period. Countries of European South, which are against hasty actions and «realısts» from the North found median line, reads the article.
«New sanctions are directed against seven Russian and four Ukrainian officials, who went out Ukrainian government control and are blamed by USA for aiding and abetting Moscow invasion on strategically important Bclack Sea peninsula», – reports The Christian Science Monitor. Any assets possessed by these people within the range of US financial institutions will be blocked.
The aim of Obama declared sanctions against Russia and its allies in Ukraine was infliction of economic damage. The adequate reaction of Russian fond and currency market: both bumped up, reports The Washington Post. While Vladimir Putin corresponds his militant tendencies and even surpasses them retaliatory actions of USA and their allies do not correspond his threats and market expectations. If the West doesn’t sharply reinforce measures against oligarchs, “money bags” and banks that support Russian regime, most likely new aggression would be the result. “It is not late to enforce Putin to reconsider his course, but for that the West should advance and accept sanctions to bring real pain and not to wait for new act of aggression to answer”- the issue calls on.
Barak Obama threatens Putin with “consequences” in case of Crimea referendum, but even Russian President could hardly suppose that they would be so weak, supposes The Wall Street Journal. As Aleksey Navalniy wrote in his Twitter, “Obama only cheered up all our cheats and frauds and encouraged them”. “As for me, some joker wrote the project of US presidential executive order”-wrote the Vice-Premier Dmitriy Rogozin, one of the officials in the Obama list.
“Most likely, after so many threats from the White House those sanctions will only strengthen the assurance of Russia “strong men” that confrontation is distasteful for Obama “, – foretells the issue.
That is true. Today Putin clearly proved it with signing the treaty on Crimea as the Russian territory.
The reaction of the West, as we see it today, is described in Krilov fable “The Cook and a Cat”. You probably remember that in a fable it goes about that going to a pub the Cook left a Cat named Vaska in charge of the kitchen. And when he came back he found the Cat eating a chicken. While the Cook was shaming the Cat Vaska (just like Vladimir) ate everything up. The idea of the fable is clear: a man is deaf to shaming and exhortations, he still in his unseemly deeds. It also reproaches those (world leaders), who only talk doing nothing.

«I would advise some cooks
to inscribe these words on their walls:
Don’t waste time in useless speech,
when it’s action that is needed”