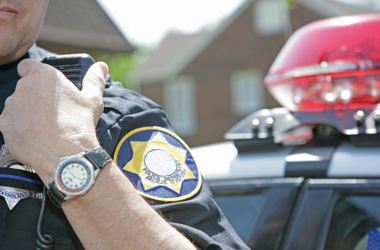 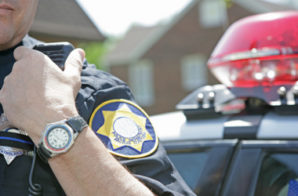 Real time communications is the key.

On Tuesday, June 23, 2015, the House considered the Senate amendment to H.R. 615, the Department of Homeland Security Interoperable Communications Act, under suspension of the rules.  The House then quickly passed H.R. 615 by a vote of 379 to 0 on February 2, 2015.

The Senate passed the bill as well with an amendment by unanimous consent on June 11, 2015.

This legislation (H.R. 615) will set specific “interoperability requirements” within DHS as identified in a  embarrassing IG  report in 2012 entitled DHS’s Oversight of Interoperable Communications.

The IG report noted (among other things)  that, since 2003, DHS components had spent $430 million on various equipment, infrastructure, and resources to meet the Department’s communications requirements but still didn’t achieve minimum standards in terms of interoperability.

Interoperability is a property of a product or system, whose interfaces are known, to actually be able to work (or interface) with other products or systems, present or future, without any restricted access or implementation…

Interoperability is an extremely important issue for law enforcement, fire fighting, EMS, and other public health and safety departments, because first responders need to be able to communicate during wide-scale emergencies in real time.  It has been, and continues to be a major area of investment and research in government an the private sector over the last decade.

Specifically three areas of concern were addressed in the Inspector General’s report:

[1]  However, the IG noted that “DHS personnel do not have reliable interoperable communications for daily operations, planned events, and emergencies.”

[2]  The IG concluded that the primary reason was that DHS “did not provide effective oversight to ensure that its components achieved Department-wide interoperable communications.”

[3]  H.R. 615 is designed to address the interoperability issues identified in the IG’s report.

H.R. 615 requires the Under Secretary for Management (USM) of the Department of Homeland Security to develop a strategy for achieving and maintaining interoperable communications capabilities among the components of the Department, and to report on the status of the strategy’s implementation.

The Senate amendment makes the following changes to the House-passed bill:[1]

Leading companies in  the private sector have already stepped up to help DHS, including the AtHoc. In fact within hours of the passage of this legislation I received an email from Sherri Walkenhorst at AtHoc talking about how they are going to be positioning themselves to solve this problem.

“As soon as the bill is signed into law, AtHoc will announce AtHoc Connect, a new platform that fosters the creation of secure interoperable crisis communication networks for use within and between organizations, meeting the requirements of the legislation”, said  – a senior partner of Connect.

Sherri directs public relations processes within the organization and provides strategic counsel to clients. She has more than 28 years of communications experience,. Sherri has counseled companies ranging from market leaders to emerging technology start-ups.

A word about AtHoc

With regard to AtHoc, I guess you could say it pioneered networked crisis communication….

When emergencies strike, anywhere in the world, AtHoc sophisticated solution provides “a seamless exchange of critical information between organizations, their people, devices – and any external entity. That’s essential, as no event occurs in isolation”, according to the AtHoc website http://www.athoc.com/

The result: “leaders (like you) can effectively protect the people they care about. Around the clock, anywhere around the world in real time…”

AtHoc Connect mission will be to enable organizations to communicate and collaborate with greater effectiveness, with authority, and command and control in times of crisis. It enables connected organizations to seamlessly communicate in real-time, resulting in faster and more coordinated responses. Which is critically important today.

It should be noted that the US Department of Defense is also a client of AtHoc.

Ok so  how much is all this worth ?  Try $8.75 billion dollars. DHS hopes to be fully compliant in terms of meeting the new standards by the year 2020.