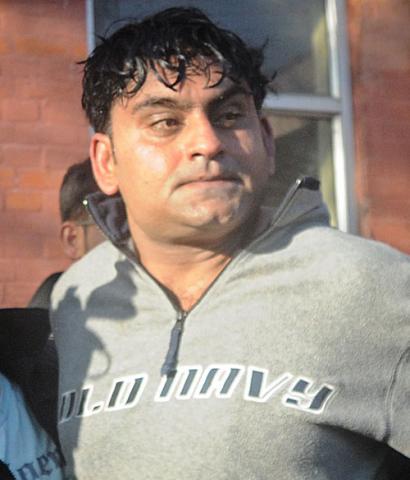 Kathmandu March 10: Amidst  tight security of hundreds of police personnel, a hit man from outside entered the central jail of Sundhara, and attacked Yunus  Ansari  with  a revolver during the usual meeting hours at 11 AM here in Kathmandu,  Nepal.  Ansari was injured in his left arm at point blank range where one of the guards pushed the attacker and the incident followed the ordeal. It was reported that the hit man had fired two rounds of bullets at Ansari in the visitor´s lounge of the Central Jail where one bullet injured him.  After the attack Ansari was rushed to Norvic Hospital and currently he is out of danger.

Ansari is the son of former minister of Salim Miya Ansari, who was recently arrested in a case of trading fake Indian currency and Drugs where he was serving time in judicial custody.

After the attack, the police arrested Jasjeet Singh, a 42 year old Indian citizen who was caught red handed on the spot with the fire arm.  During the investigation the police reported that he had entered the premises reasoning to meet the world famous criminal master mind Charles Sobhraj. It has also been opened that Singh was given a contract killing of Indian Rs 1.5 million to kill Ansari, by two Indian nationals Suresh Dwivedi and Ramu Dwivedi, in Lucknow. Singh has confessed to be a professional contract killer and has killed two and injured three in India.

According to Salim Miya Ansari,  father of Yunus Ansari  said , “ Yunus’s attack was a calculated move   where Yunus  had informed him about his threat. It’s a collaborated move where the police personnel of and the Indian intelligence organization RAW are involved. ”

Holding a press conference,  Additional Inspector General (AIG) Arjun Jung Shahi  Chief of Metropolitan Police Commissioner´s Office (MPCO), said, “ The attack was not a result of security lapse but was a  result of carelessness shown by the police personnel on duty and further a commission has been set up to investigate the case and submit their result for proper evaluation.”