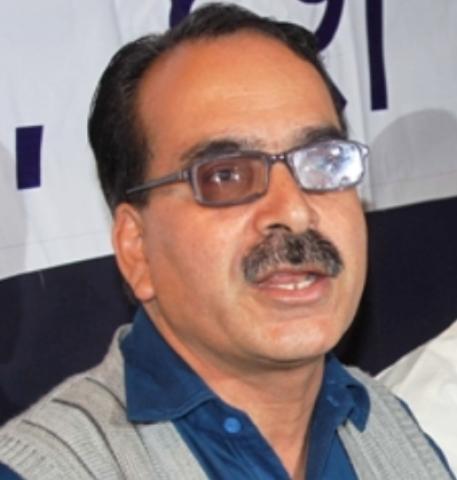 , April 10 (Scoop News) –Entire displaced Kashmiri Pandit community is aghast at the dastardly attack on the acting school and residence of noted film actor Anupam Kher in Mumbai. In a specially convened joint emergency meeting of Panun Kashmir executive council and the  eminent members of the displaced Kashmiri Pandit community in Jammu today, Panun Kashmir Convener, Dr. Agnishekhar termed the attack on the veteran act a sign of frustration and an action laden with cowardice.

Speaking on the occasion, various Panun Kashmir functionaries condemned the attack on Anupam Kher and termed it as an attempt to stifle the legitimate expression of a concerned Indian. The meeting expressed great shock at the failure of political masters, behind the dastardly action of the perpetrators of the attack, to gauge the popular mood of the common man in the country.

The meeting unanimously agreed that Panun Kashmir recognized this attack as an ill conceived reaction to the actor’s open support to the mass movement against corruption. Panun Kashmir executive further condemned the involved political class of the country for their brazen acts to attempt silencing the democratic expression of the citizens of this country. The attack on the actor is nothing but an expression of frustration stemming out of the civil society’s endeavor of exposing the clandestine deals of the certain sections of Indian political class.

The meeting expressed its full sympathy with the veteran actor, whom it termed as not only a community icon but a role model for the entire country. Recalling the number of occasions when the actor openly came out in support of the displaced Kashmiri Pandit community’s struggle in exile, Panun Kashmir declared that entire displaced community will rise in protest against any unjustified and cowardly acts of intimidation against the actor.

The meeting was also joined by a number of Panun Kashmir activists in the other parts of the country as well as , and via teleconference. Later speaking to the actor on phone, Dr. Agnishekhar expressed Panun Kashmir’s total support to Anupam Kher in his fight against injustice and assured him of standing by him in his hour of need.