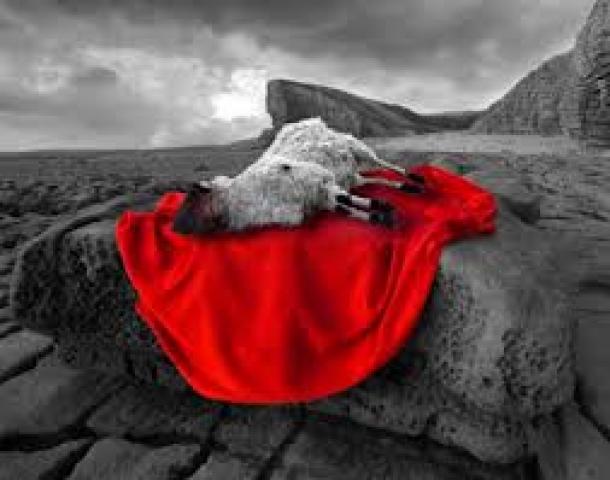 There is no such thing as a “Venial Sin”.

According to the Roman Catholic teaching, awareness and intent are how one discerns whether one has committed a “Mortal Sin” or, a “Venial Sin”. This is nothing but rationalization and pure nonsense regardless of what any priest or the Catholic church tries to teach.

This is wrong teaching by the church.

There is nothing scriptural in God’s Holy Bible to substantiate this falsehood. There is no scripture whereby God says this sin or that sin is lesser than some other and God does not rationalize that intent or awareness enter into the picture.

The Roman Catholic Church invented this “Venial Sin” thing in order to ease people’s consciences, but that doesn’t excuse the fact that a sin is a sin.

Once we know God’s “10 Commandments” and are able to understand what they are about, we become responsible for our actions in the eyes of God.

In other words, if you break one of God’s 10 Commandments and where not aware that you broke it, you have still sinned but because you were not aware of it, it has less importance in God’s eyes.

Furthermore, every sin one can commit violates on of God’s 10 Commandments and this becomes evident if one simply stops and examines the sin closely.

Even our court system that deals with every crime conceivable tells us that “Ignorance of the law, is no excuse” in other words “I didn’t know” holds no water as far as the courts are concerned.

Here are a couple of examples of a lack of awareness.

You’re in the produce department of a grocery store and you start sampling berries, or nuts and you consider it testing for freshness. When you get to the cash, do you offer to pay for what you sampled?

Do you even admit to doing this?

Does “Thou shalt not steal” even come to mind?

Probably not, but the truth of the matter is you have stolen from the profits of that store.

If you were observed by store security, you could get arrested and charged with petty theft.

How about if you are drunk out of your mind unaware of what you are doing and you get into your car to drive home and on the way you lose control of the car and smash into a water hydrant.

Okay so no one is hurt.

You were drunk. You were impaired. You were definitely unaware, so does that make the situation any less offensive. Not likely!

As a matter of fact you will probably spend the night in Jail sleeping it off, awaken in the morning with a hangover, and still have to answer to the courts for the damage, plus you could lose your licence.

Intent, I didn’t intend to or I didn’t mean to do this or that, is also no excuse.

The fact is you did it regardless of intent. Your punishment may be less severe, but you still did the deed and you must answer for your actions.

Here are examples of Lack of “Intent”

Your dad has this pristeen antique automobile that he loves. He rebuilt it and cares for it and won’t let you drive it.

Dad’s away so you decide to take it for a spin thinking you will be careful and get it back without dad knowing, but while you are backing out of the driveway, you accidentally hit the garbage can and scratch the car.

You had no intent for anything but still it happened. You put the car back and pretend like nothing happened.

Dad returns and notices the scratch on his antique car and you pretend like you knew nothing, until your guilt gets the better of you and you confess to what happened.

You covetted your dad’s car.

You dishonored your dad and yourself in the process.

In other words you broke 3 of the 10 Commandments, but you didn’t have intent. How does a lack of intent make your sins any less.

You’re going out on a date and you tell your date, you love the sweater they are wearing, when in fact you really hate it and you think it is ugly, but you want to make them feel good and you don’t want to hurt their feelings.

Does “Thou Shalt not bear false witness” come to mind as you do this?

Ah! but you had good intentions, you didn’t want to hurt or upset your date and maybe lose the chance for the date.

Let’s take a look at sinning and how it perceived by God. In God’s eyes, sin is sin regardless of its severity.

In God’s eyes, and the way God thinks, God hates sin and sees sin as an abomination something to revile and detest.

There is no where in God’s holy scriptures in the Holy Bible, where God acknowledges such a thing as a lesser sin. Every sin committed violates one of God’s Holy 10 Commandments. That is why God gave them to us.

In the book of Leviticus, God goes to great length to illustrate to the Israelites God’s chosen, and to us too the many different things that God holds as an abomination to him and the consequences from God for breaking one of his laws or rules.

Just because we didn’t know, or we didn’t intend the sin, fact is God still sees it as a sin.

We will sin. God knows this. It is our nature as imperfect humans to do so.

That is why our Holy Father asked Jesus to step up, to become human, to be scouraged and crucified and resurrected.

God knew that a perfect Godly sacrifice was the only way that our sins could be erased so that we could become cleansed and purified.

Yes in the day of Abraham, and Moses, and down through the old testament times God required a burnt offering sacrifice for sin, but when Jesus appears and begins his ministry that changes. Jesus through his ultimate sacrifice on the cross becomes the perfect unblemished “Lamb of God” sacrifice to satisfy almighty God, once and for all.