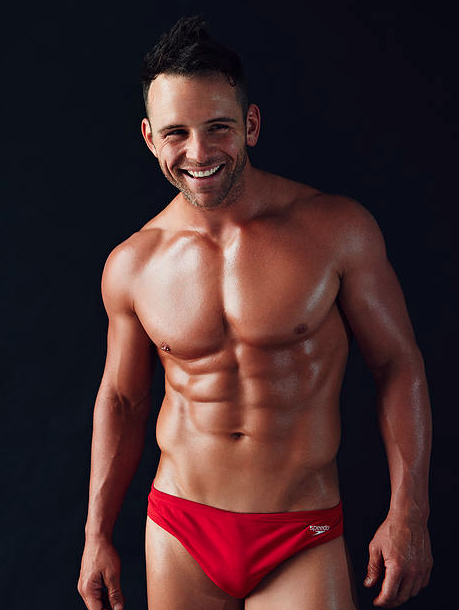 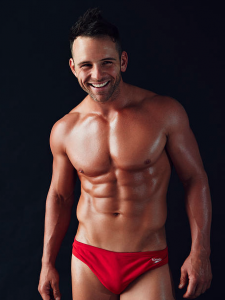 Yet another brilliant star to add to the list, Pedicini is an all-around talent who has not only become a well-known actor across Australia, but he has risen to the top of the entertainment industry as a model and a dancer as well.

Somewhat of “late bloomer” compared to most of the other Aussies on Zurko’s list, Pedicini didn’t land his first stage performance until the age of 18. Then at 24, he took a dance class with a friend on a whim and was immediately noticed by the dance school’s dean.

Soon after Pedicini began what has become the varied and incredibly successful commercial career he is known for today. From dancing in Ned Kelly, starring fellow beloved Aussie Heath Ledger (R.I.P), to touring the world with the explosive German sensation Cascada, where a cast of only two guys and two girls were selected to tour the UK and Germany on the Every Time We Touch Tour, as well as a long list of leading roles in films, Adam Pedicini’s vast body of work is beyond diverse.

Pedicini has a stage presence that makes people want to watch him move. For Pedicini, he says his dancing led him to “think fast on his feet,” which helps him in all facets of his career.

Is it even necessary to point out Adam Pedicini is gorgeous?

Probably not, as his picture says it all.  Pedicini’s successful modeling career came about because, when we’re not watching him dance or act, he is simply good to simply look at. GNC doesn’t give their front cover abs shot to just anyone.

Pedicini has also been the spokesmodel for the international campaign for Tourism New Zealand; Kleenex brand; and Australia’s Eden Garden Supplies’ print magazine campaign:  A sort of Desperate Housewives meets their dream gardener.

And he was voted Hunk of the Week by UK’s OK magazine.  While calling Pedicini a “Hunk” works too, in many ways it fails to sum up the extent of his talent.  Adam Pedicini is so much more than his beauty.

Like so many of his contemporaries, it seems that, good looks aside, he’s been blessed with the ability to both dance and act—while enjoying a lot of laughs along the way—all in one wonderful package.

Although Pedicini has proven through his work in the films Exposure, Drown and Cold Feet that his abilities as an actor extend into virtually every genre, the spirit of comedy is what has truly stolen his heart.

“The joy of bringing laughter and enjoyment to people’s life is so rewarding,” says Pedicini.  “I like to think that in some way the performance sheds a little bit of light on their lives and any worries that they might be having at that time are forgotten.”

While the media seldom acknowledges it, an actor’s favorite role in their career is rarely defined by the box office success of a production, for this is a choice that is above all, personal. Out of Pedicini’s extensive list of projects, the actor actually ranks one of his earliest roles where he played Puck in Shakespeare’s “A Midsummer Night’s Dream” at the Botanical Gardens in Melbourne, Victoria, as one of the most special moments in his career.

Pedicini admits, “What made the play so special for me was performing outdoors and under the stars.” Pedicini says the memory of the audience sitting on blankets laid out upon the grass, and the sounds of their laughter as he played the “cheeky” Puck remains with him still.

Most recently Pedicini played the role of Mick in the hit film True Face, which was produced by Russian Doll Productions and will be viewed in select 2015 film festivals.

Director Lauren Batschowanow says, “Adam’s charisma and confidence made it easy for his co-stars to be natural in the scene and it certainly created electricity on screen, which is what every director dreams of.”

Maybe that’s the star quality that ties all these talented Australian heartthrobs together:  Confidence.

Adam Pedicini and all of these Australian stars mentioned have that daring confidence that makes audiences swoon.  That’s how they’ve made it to the top. And their beauty? Well that is just an Aussie bonus.