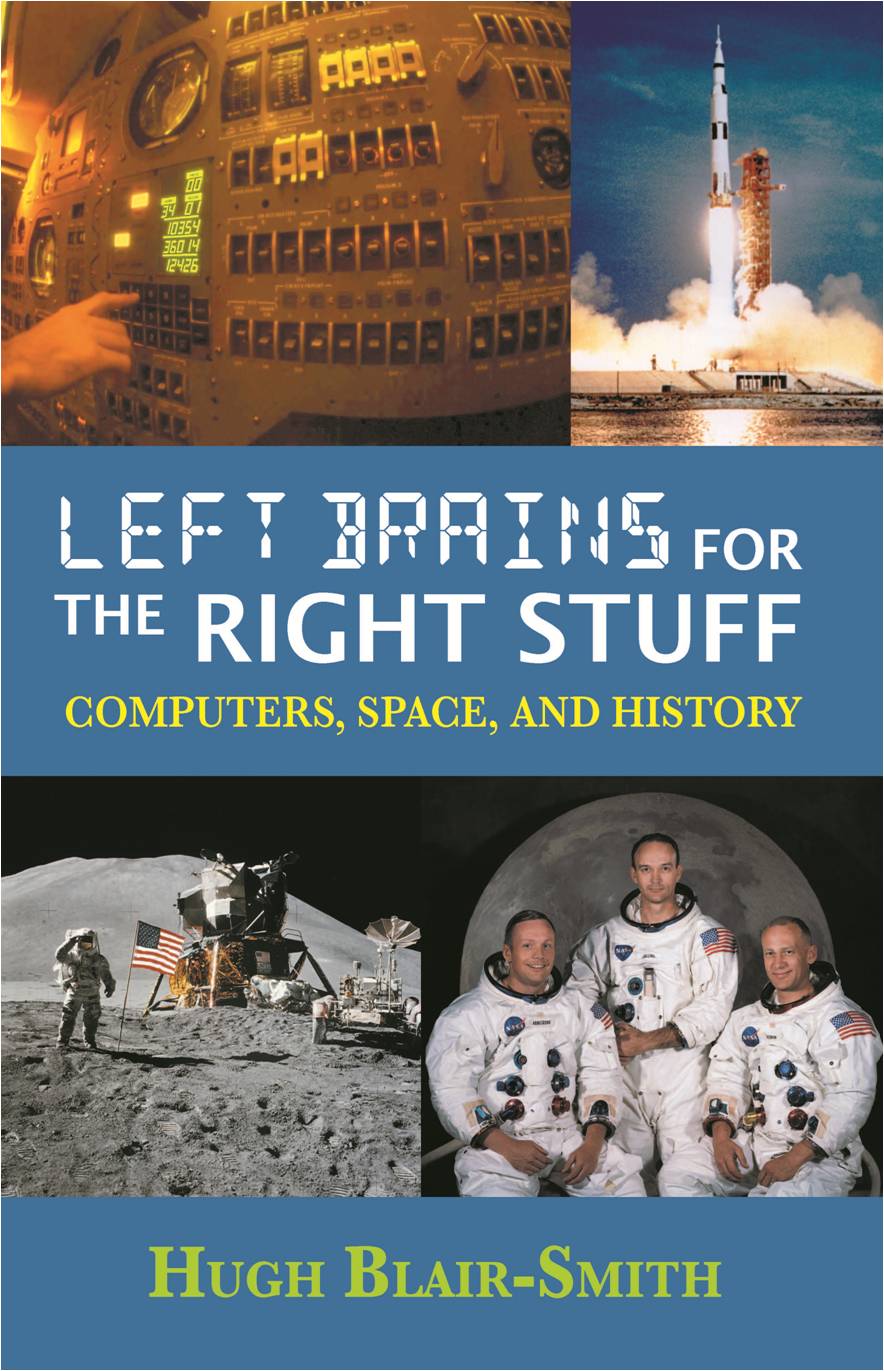 1888 PressRelease – Hugh Blair-Smith, whose long professional history began on the Apollo spacecraft’s primary guidance system, provides readers with this compelling look at the Space Race, why it happened and why it matters.

Cape Cod, Mass. – With private industry taking on more and more space innovation duties, generations of Americans are forgetting the historic time period that captivated the United States and the world – the Space Race of the mid-1900’s. Hugh Blair-Smith, in his new book Left Brains for the Right Stuff: Computers, Space, and History, offers readers a comprehensive look at how the technologies and politics of the Space Race developed, who was involved and why it is a critical piece of our history.

“Writing this book was something I had always wanted to do,” said Blair-Smith. “After the work that I did at MIT, I wanted people to understand the inside story of the causes and effects of the Space Race. It is a critical part of our history that we can still learn from today.”

Blair-Smith was a staff engineer at the MIT Instrumentation Lab where inertial navigation was developed by Charles Stark “Doc” Draper. Blair-Smith worked as part of the team that developed the spacecraft computer hardware as well as the programming that made it run. “Our work was to add guidance technology to the ‘Right Stuff’ that our astronauts provided. My book shows how our technology worked with their talents.”

Left Brains for the Right Stuff: Computers, Space, and History is a riveting account of the Space Race and the people that accomplished what people had dreamed of since consciousness began – the Apollo landing on the moon. It is a testament to the determination of the American spirit and the drive to achieve, as a country, the greatest and most challenging feat in history. Blair-Smith brings the history of those decades and the people together in a page-turning account that will interest readers, scientists and non-scientists alike, from high school and college students to all those who lived through the era. With its combination of human story, extensive and entertaining endnotes, detailed timeline inserts, and comprehensive index, Left Brains for the Right Stuff: Computers, Space, and History will be a well-thumbed “keeper” for years to come.

Left Brains for the Right Stuff: Computers, Space, and History is currently available at SDPpublishing.com, Amazon and Barnes and Noble. Information on the author is also available at http://www.mitrocketscientist.com/.

About the Author
As the Space Race began, Hugh Blair-Smith joined the engineering staff of MIT’s Instrumentation Laboratory, founded by Charles Stark “Doc” Draper to develop self-contained inertial navigation for missiles, aircraft, and spacecraft. That timing gave him a ground-floor spot with Apollo’s Primary Guidance, Navigation, and Control system, where he became the software specialist on the Apollo Guidance Computer design team, and the computer hardware specialist on the AGC programming team.

Halfway through a 22-year career at MIT, he refocused on fault tolerance logic for the Space Shuttle’s onboard computer system. Direct contact with astronauts included Buzz Aldrin (studying rendezvous science at MIT), Dave Scott (among the first to fully embrace the AGC way of flying), and Bob Crippen (a team member on the Shuttle work).

Leaving MIT at the end of 1981, he specialized in user-interface and system-performance software, and after retiring to Cape Cod in 2005, worked with NASA on reliability software for an instrument in the Lunar Reconnaissance Orbiter, thereby placing thousands of his own ones and zeros in orbit around the Moon.

Hugh and his wife Vicki, married since 1968, have two grown children, who are successful professionals. There are also two teenaged grandchildren and approximately twenty-five granddogs. When he’s not sailing or preparing a paper to give at the next Digital Avionics Systems Conference, he enjoys teaching boating skills, reading (mostly history and other non-fiction), avoiding watching television, taking medium walks and thinking long thoughts, and puzzling out the meaning in a busy life.