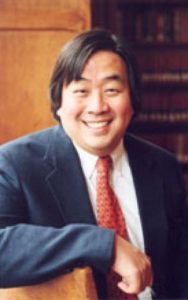 Not long ago, it was revealed that United States President Barack Obama had made another nomination. This nomination would be the legal adviser for the US Department of State. In short, that person would act as the top lawyer for the State Department.  The person nominated is Harold Koh, the dean of Yale Law School. So […]

For the 2008 United States Elections, there were a bunch of hot topics. The first major hot topic was the state of the United States economy. At a distant second would be the war going on in Iraq. One issue brought up would be same-sex marriage. This has been one of the biggest issues in […]

For those that are familiar with the famous “James Bond” franchise of Great Britain, one should already know some of the most notable characters: James Bond, M, Felix Lighter, and Q. With the exception of Felix (who works for the CIA), the other three work for British intelligence known as MI6. However, the MI6 in […]

On a dark note, April could be notoriously known as the month of gun violence and school violence. In this month, there are two dark anniversaries. Both of them are related to guns and school violence. Yesterday was April 16, the second year anniversary of the Virginia Tech Massacre. It was two shooting incidents about […]

For the past few months, GOP Governor Bobby Jindal of Louisiana has been one of United State President Barack Obama’s biggest critics. In regards to the passing of the economic stimulus bill, Jindal was one of the many Republicans that went on the offensive against Obama. Jindal is seen as one of the potential rising […]