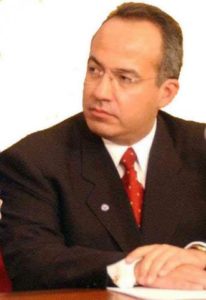 Although President-elect Obama’s meeting with Mexican President Felipe Calderón is considered by some to be largely ceremonial,  Calderón has a wish list of topics to bring up when he visits Obama in Washington, D.C. today. He hopes to advance the relationship with Obama and promote fundamentals for a strategic association, especially in regard to organized […]

It is not reported exactly how, but Mexican soldiers caught drug cartel leader Adrian Rivera Garcia away from his considerable arsenal and arrested him and two associates in Tlapa de Comonfort, about 140 miles south of Mexico City on Tuesday, Jan. 6, according to news released by the Mexican army. Rivera Garcia, aka “El Primo […] 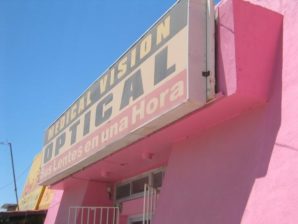 Mexico, finding itself in the same economic downspin as the rest of the world, is taking steps to jumpstart its economy. President Felipe Calderon recently announced a plan in which he hopes to increase spending on schools, roads, airports, seaports, historic sites and other infrastructure projects as a financial stimulus. He will expand a program […]

Anti-kidnapping expert Felix Batista has helped countless kidnap victims’ families negotiate the release of kidnapping victims throughout Latin America. But he appears helpless to shed any light on one of the latest kidnappings in Mexico – his own. The American security consultant had gone to Saltillo, Mexico to participate in a seminar about kidnappings. He […] 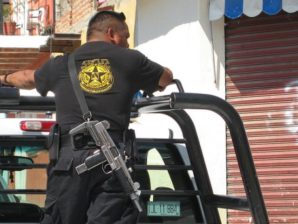 US citizens are more and more likely to be victims of kidnappers in Mexico. Not directly, but through their relatives still living in Mexico. In November, men snatched an 80-year-old farmer from Felipe Angeles, Zacatecas and held him until his daughter, who lived in the United States, paid the biggest share of a $9,000 ransom. […]

Just getting by can be a struggle in Palomas, Mexico, a border town 30 miles south of Deming, New Mexico. The town lives and dies by the dollars spent by US customers in the town’s shops and restaurants, but that commerce has been drying up as US residents flee from the cartel violence in Mexico. […]