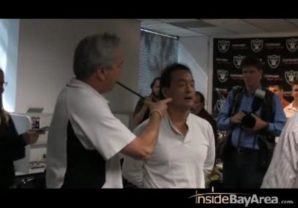 After an Oakland Raiders press conference on Monday, Tim Kawakami, the Mercury News football beat reporter, and John Herrera, a Raiders Senior Executive, got into an argument about Kawakami’s column. John Herrera accused Tim Kawakami of basing his recent article about the planned firing of head coach Lane Kiffin on lies. Cameras were still rolling from a news […] 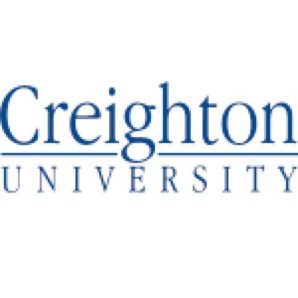 Gary Staton of Omaha, Nebraska says he abandoned his nine children at a local hospital because he "feel apart" after his wife died and he lost his job. Nebraska law makes it legal for parents to drop unwanted children at hospital emergency rooms without facing prosecution, a law initially passed to protect infant children who […] 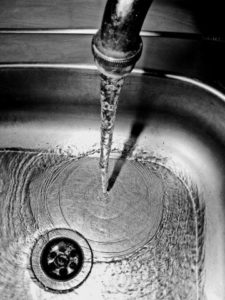 City officials in Downey, California sent out a health-related announcement urging Downey residents to boil their tap water for at least one minute before consuming it. The warning came after officials found bacteria in three out of 25 water sampling stations. Water used in showers and baths does not need to be boiled as long […] 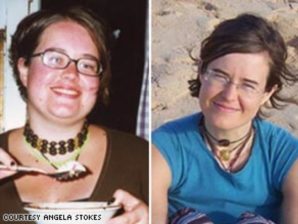 Angela Stokes weighed near 300 pounds when a friend gave her a book about the merits of eating raw foods. Although she has never been one to diet, Stokes transformed her eating habits from junk food and processed food to an all raw, vegan, no-processed food diet and lost 160 pounds in two years. Angela […] 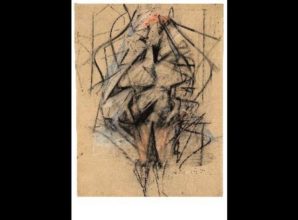 Kathy Fuld, the wife of Lehman Brothers CEO Richard Fuld, will sell $20 million worth of her art collection at auction in November. Christies International announced that they would sell the works only four days after Lehman Brothers announced bankruptcy but did not give the name of the seller. Two New York art houses confirmed […]

Kevin Vulter, 20, of Grafton, was killed when he lost control of his car and crashed on North Street in Grafton at around 2:30 a.m. this morning. Kevin Vulter’s Jeep swerved across lanes, hit a fence and and a tree, crossed lanes again and hit a stone wall. Vulter was extracted alive from the vehicle […]