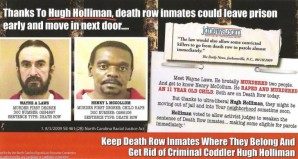 (Lumberton, N.C) — Two North Carolina men were released from prison last week after having spent more than 30 years behind bars for a crime that the courts and prosecutors now believe they did not commit. Henry McCollum and his half-brother Leon Brown had both spent time on North Carolina’s death row for the 1983 […] 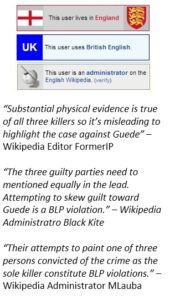 (London) — This week Wikipedia will hold its 10th annual convention in London, England. Wikimania, as it is known, will probably get about 2,000 visitors from close to 75 countries. The five day event will feature over 150 presentations. One of the most important will examine their Biographies of Living Persons (BLP) policy, which deals […] 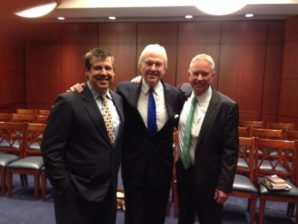 (Washington, D.C.) – This past Thursday, October 31, 2013, a panel of experts gave a briefing before the US Congress about the case of Amanda Knox and Raffaele Sollecito. Knox, an American citizen, and Sollecito, had been charged in 2007 with the murder of Knox’s British flatmate, Meredith Kercher, in Perugia, Italy. The case made […]

David Camm, the former Indiana state trooper who has spent the last 13 years in prison for the murder of his wife and two young children was found innocent today by a jury in Lebanon, Indiana. The decision marks the final chapter in a case that many observers believed to be a miscarriage of justice. […] 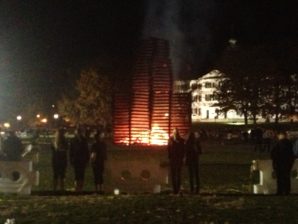 Dartmouth’s new President, Philip Hanlon, has been in office for nearly four months now. It is the height of the fall foliage season and the Ivy League school’s recent Homecoming weekend was highlighted by a spectacular 20-13 win in football over archrival Yale. But the new school year has also been marked by more controversy […] 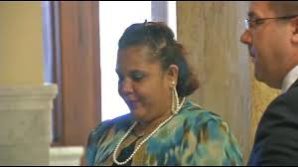 In just a few weeks a jury in Lebanon, Indiana will deliver a verdict on the guilt or innocence of David Camm. He is the former Indiana State Trooper who has spent the last 13 years in prison for the murder of his wife and two young children. His two previous convictions have both been […]