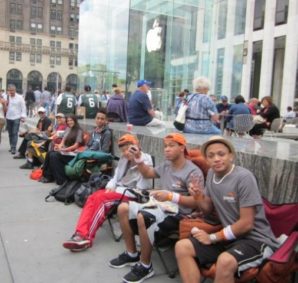 The much-awaited device of the year 2012 – iPhone 5 was finally unveiled on September 12th. The crazy Apple fans were excited to see in live the sixth phone in the Apple’s iPhone series. What’s more exciting is that the pre-orders for iPhone 5 had surpassed 2 million in the first 24 hours. It’s just […]