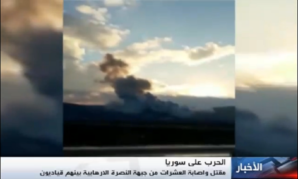 The US Coalition reportedly carried out a lethal series of airstrikes over the Idlib countryside, killing and wounding dozens of civilians near the Turkish border-crossing in Syrian Province of Idlib. On Tuesday’s midday at 03:55 PM the B52 warplane have bombarded Sarmada town’s outskirts over a prison followed to Jabhat Fateh Al-Sham (JFS) which led […]

Kiev was far from the only capital city in which the ruling elite reacted with alarm to the election of Donald Trump, but the Ukrainian government has more reason than most to fear the new US administration. The US president-elect made a number of positive comments about the Russian president, Vladimir Putin, during the campaign, […] 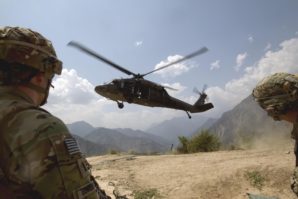 Fierce battle for the city of Mosul continues to shock Iraq and the whole Middle East with no significant results. The leading role belongs to the assault of the Iraqi army and Kurdish Self-Defense Forces—which still lack experience and skills—to capture the city in the shortest time. However, 500 elite commandos of the U.S. Special Forces, […]