Robert Enke, the top contender to play goalkeeper for Germany’s 2010 World Cup team, died Tuesday after being hit by a train in what investigators believe was a suicide, according to the Associated Press. The train crossing was near Enke’s home in Hannover, and police said first indications were of a suicide. According to AP, […]

At least 24 people were killed and over a dozen injured when a car bomb ripped through a crowded market in Pakistan’s North West Frontier Province on Tuesday. Gulf News reports, the bombing, apparently aimed at causing maximum civilian casualties, was the third blast in as many days in or close to Peshawar, the capital of the North West Frontier […] 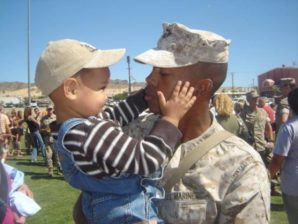 The United State’s celebration of Veteran’s Day dates back to after World War I. First designated a holiday by U.S. President Woodrow Wilson, current President Barack Obama honored the day by speaking at Arlington National Cemetery in Washington, D.C. today.Twitter users were attending parades around the country, and also posting pictures of their own favorite soldiers.   […]

A problem at a large dam was responsible for a massive blackout across several countries in Rio de Janeiro, San Paulo, and other large cities in several South American countries Tuesday evening. According to Telegraph.co.uk, the Itaipu dam that straddles Brazil and Paraguay, one of the largest in the world, experienced an unspecified problem, causing […] 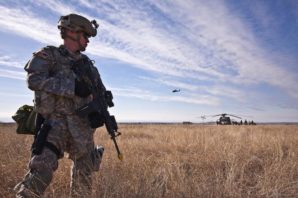 At least seven people were killed and several others injured in a shooting at the Fort Hood military base outside Killeen, Texas on Thursday afternoon. Local television station KXXV reported, “We’ve learned an incident has taken place at the sports dome, now known as the soldier readiness area. Temple ISD Schools Have Been locked down as part of this incident. The […]

Per BBC, the Israeli Navy has seized a ship reportedly headed by Iran carrying weapons disguised as civilian cargo, yet Iran has denied the allegations. The Israeli Navy has reported that the arms ship was on its way to Hezbollah, where fights between Israeli and Iranian forces has been active. Several hundred tonnes of weapons […]