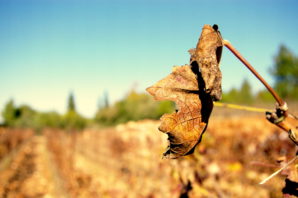 Ahmad Montazeri, son of the late Ayatollah Hossein-Ali Montazeri (former deputy supreme leader and successor of Iranian regime founder mullah Ruhollah Khomeini) was tried in the Supreme Disciplinary Court for Judges, for publishing an audio clip of his father’s meeting with the notorious “Death Commission,” responsible for the massacre of 30,000 political prisoners in 1988 in […] 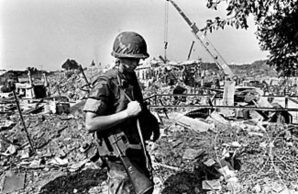 By: Heshmat Alavi On Thursday Nov 3, 2016, the anniversary of the US Embassy takeover in Tehran in 1979, in a speech Hossein Salami, deputy commander in chief of Revolutionary Guards Corps (IRGC), strangely confessed about the role of the Iranian regime in killing American Marines in Lebanon. Referring to the bombing of the American […] 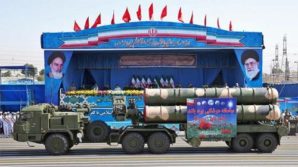 Iran was one of the topics discussed in the first presidential debate between Hillary Clinton and Donald Trump. In the past 38 years, Iran has always been one of the hot topics of the U.S. presidential elections.   The nuclear deal and troubles caused by small Iranian boats in the Persian Gulf were the specific […]

By: Heshmat Alavi Dignitaries from across the globe join force to promote democratic change in Iran Political leaders, MPs, senior military officers and former policymakers and diplomats joined over 100,000 Iranian dissidents in a grand gathering in Paris on July 9th for the annual Iranian opposition National Council of Resistance of Iran gathering calling for […] 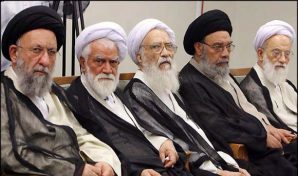 By: Heshmat Alavi When was the last time, god flew down to earth to officially mark the graduation of his schoolchildren? No university board has any recording of that. Nevertheless mullahs, who have griped on power in Iran, are sure that they represent god on earth. Mullahs, of course have no university credits or any […]

Jamal al-Ashqar was picking berries from a tree near his school in Aleppo before being killed in airstrikes by Assad warplanes The image of a Syrian child killed this month by Bashar Assad warplanes in Aleppo, Syria, has once again stoked extreme anger in Syrian and international circles, and made many on social media furious. […]