Corbett, who was a colonel in British Indian Army, is renowned for having killed many man-eating tigers in the jungles of Kumaon in North India under the Raj. He was also a conservationist who stressed the need to save forests and wild life. Superstar Amitabh Bachchan is set to play the roll of renowned tiger […] 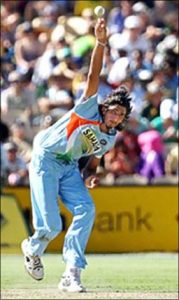 India in New Zealand 2008-09 Injured Ishant in doubt for first ODI against New zealand in Napier on March 3 because of a shoulder problem. Ishant injured his shoulder during the second Twenty20 international and was able to bowl only two out of his quota of four overs. "Ishant went for an MRI. The shoulder […]

India said, it is against any protectionist move as it would affect its IT industry as US President Barack Obama vowed to eliminate tax benefits for American firms shipping jobs to foreign countries. ‘The IT industry will be affected due to the impact of financial meltdown…substantial number of Indian workers are there..we will have to […]