A Demagoguery Grows In Brooklyn by Richard Cooper In the wake of the exposure of racist remarks by some NY Police Department officers about West Indian Day parade attendees, the call was renewed by some NY City politicians to require NYPD officers to live in the five boroughs of New York City.  Leading the way […] 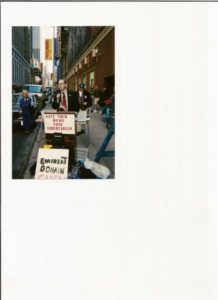 Theorist Who Influenced Egypt’s Revolution, A Look Back by Richard Cooperã€€ The writings of Gene Sharp and his Albert Einstein Institute reportedly influenced the young people who organized the mostly non-violent revolution in Egypt. Back in 1982, I reviewed one of his books, Social Power and Political Freedom. It may be interesting […]

In the closing days of his administration, New Mexico (USA) governor Bill Richardson denied a pardon for Old West outlaw Billy the Kid.  The former candidate for the Democratic party’s presidential nomination had raised the issue himself over an alleged promise by territorial governor Lew Wallace, a colorful figure himself who wrote the novel Ben […] 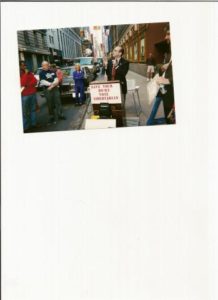 The Stop The Pork lawsuit to compel New York State government to end its corporate welfare spending has won a round on appeal and will be able to be considered by New York’s highest court, the Court of Appeals.  The plaintiffs contend that this loans and grants to corporations contravene the New York State Constitution.  Buffalo attorney […]