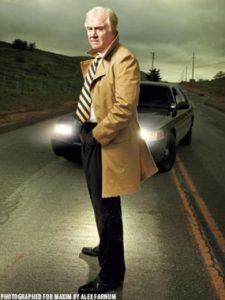 This article was originally supposed to be published for Il Messaggero. It was given to me as an assignment, after the editor and legal expert of the newspaper saw the Maxim interview with famed FBI profiler, John Douglas, in the January 2011 issue.  When the article was turned in, albeit shortened, my editor told me […]