The first Investigating Officer (GRP) and the key witness of Rizwanur case, Arindam Manna found dead at Mankundu Railway Station in Hooghly, some 25 km from Kolkata.  There are already allegation of a conspiracy and cover-up. Police reportedly conducted the post-mortem in a hurry at Serampore Walsh Hospital, treating it as an unclaimed body, Manna hadi […] 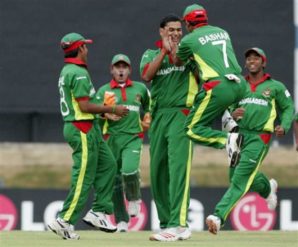 Inclusion of Masrafi Mortaja in KOLKATA NIGHT RIDERS at a price of INR 2.91 crores has opened a new gateway for Bangladesh into IPL. Even Mortaja could nat bring it into his dream that his price ratings might be risen to such huge extent. Still he can not believe that he will play for KOLKATA […]

Reporting from Siliguri – Ryot broke out in the foot hill of the Himalayas in North Bengal on Saturday mornig, with large part of the Dooars witnessing bloody street fight between the Nepali speaking population and Adivasis. At the end of the day two persons were dead — One Nepali , the other Adivasi. The rift […]