Genetic inheritance of people in subcontinent is one of kingship based on oppression and discrimination, impacts of thousands of year’s rule of Monarchs will gradually evaporate from genes here if democracy prevails for at least two centuries in its true sense. Biologist can determine exact period of time in which genes become free of past […]

Twentieth century has witnessed tremendous development in all spheres of life, within USA and in its allied countries of Europe and Asia. International scenario was dominated by USA after demise of Soviet Union; Soviets after their invasion of Afghanistan and their subsequent defeat there were no more a rival super power […] 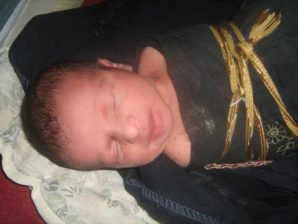 Kohat   September 26: ‘A newly born baby girl wrapped in cloth was found weeping in crop fields of Kalochina Banda area of Kohat on Sunday, she was left behind by her mother their because of reasons […]

Kohat August 20: USA is not only a melting pot of civilizations but pragmatism of its citizens has also submerged various ideologies to reap the benefits from conflicting ideas. FDR was elected for four consecutive terms to incorporate socialistic measures to provide economic cover to unemployed and disadvantaged citizens in USA. Soon after the second […]

Kohat August 16: On 64th Independence Day of Pakistan this year people of Pakistan were lucky enough to remain under a democratically elected government, which has completed its three years out of five years tenure. PPP lead coalition government has achieved a lot during past three years, the main threat of terrorism, which was about […]