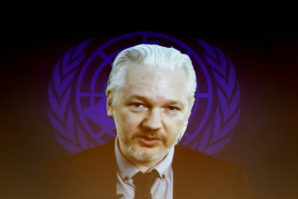 Besides the Presidency of the Republic, several departments were put under surveillance by the NSA, according to internal documents of the US electronic surveillance agency published by WikiLeaks Tuesday, June 23. The NSA had collected the phone numbers of officials from the Foreign Ministry, advisors of President on international issues (Africa, Europe …). It is […]

The young Muslim Samantha Elauf won her lawsuit against Abercrombie group when the Supreme Court of the United States ruled Monday, June 1st, in favor of a Muslim girl, against the apparel retailer Abercrombie & Fitch. They had refused to hire her as a sales rep under the pretext that she wore the hijab, the […]

Things aren’t looking good for the star player of the New England Patriots, winners of Super Bowl 2015. Tom Brady was suspended Monday, May 11, for four games next season. The National Football League sanctioned the quarterback for his involvement in the famous case of deflated balls, dubbed the “Defleategate” in the United States. The […]

There was a shooting on May 3rd in Texas during a free speech event featuring cartoons of the Prophet Muhammad, at this time we recall the attack in Paris and how that event has seemingly made its way to our doorstep. During a press conference, the US Secretary of Defense Ashton Carter, assured no involvement […]

Twenty Afghan officials were on their way to Qatar on Saturday where they participated in discussions organized by the Pugwash peace movement, according to Abdul Hakim Mujahid, first deputy of the High Peace Council, an Afghan government body responsible for contacts with the insurgents. He said these meetings would be held Sunday and Monday. A […]

The Federal Justice decided Wednesday, April 15th to give the certificate of most deaths, accidents and incidents related to the defective ignition switches to one of the biggest US vehicle manufacturer, General Motors (GM), before its bankruptcy in 2009. The issue was with the ignition switches installed on several of the models of vehicles.  This […]