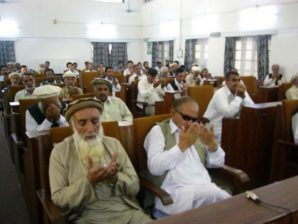 PESHAWAR– Pakistan’s NWFP government announced the implementation of Sharia and Adal law systems today in Malakand Division following a Peace Jirga that took place in Peshawar. Prior to the announcement of Sharia, a Grand Jirga between the government of North West Frontier Province, Pakistan and the defunct Tehrik Nifaze Shariat Mohammadi (TNSM) held in Chief […]

PESHAWAR: Two militants were handed over to Grand Jirga in return of the safe release of Doctor Akhtar Jan Kohistani, the media advisor of Ministery of Rural Rehabilitation of Afghanistan in the Upper Dir, in north of Pakistan. Akhtar Kohistan was also released yesterday after a written agreement between the militants and the 30-member Grand […]

PESHAWAR: Hezb Islami accepted responsibity of blasting a French tank in the outskirts of Zarghoon city of Laghman province in Afghanistan today. "the Mujahideen (warriors and freedom fighters) of Hezb Islami targeted an French tank, which was patroling in the area, by remote controlled bomb and destroyed it completly", the spokesman of Hezb Islami told this correspondent […] 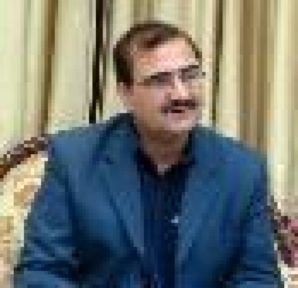 PESHAWAR: Mian Iftikhar Hussain, Information Minister of North West Frontier Provice, said that action will be carry out against taliban’s training centre in Pyochar area of Swat, the so-called swizerland and tourist spot of Pakistan. He was talking to journalists in Media Centre Peshawar on the occasion of distribution cermony of cheques among the relatives […]

PESHAWAR: 15 tribals were killed and several other injured in a rockets and mortars attack on Dara Adam Kheil, semi tribal area famous for making all kind of weapons, near to Peshawar, capital of North West Frontier Province of Pakistan on Monday. " Several mortar shells hit houses and ja school in the outskirts of Dara Adam Kheil area […]