Few years back, during the time when Bharatiya Janata Party (BJP) took the decision of disinvesting from the corporations run by the government, it brought criticism and protest from various quarters. During the time of rule, it disinvested and sold units which were incurring heavy losses. In the present government, disinvestment has taken the backseat […]

Few days back, Kerala was in news for the interest of its people in the yellow metal. Despite the increase in gold price, the demand for it has increased manifold. Especially in the marriage season and auspicious occasions, there is heavy rush in the gold shops. Now-a-days, snatching chains from the necks of women is […]

“Child mortality” is a sensitive issue in India. “World vision India”-a social organization, has begun a campaign in India namely “child health now”. Although it was decided to decrease the rate of child mortality and implement all important programs related to improvement of “mother’s health”, our nation has not achieved no such remarkable development in […]

According to report by “Industry lobby assocham”, almost sixty percent of employees in various offices have remained under leave to watch the semi-final match in Cricket between India and Pakistan.. As this is considered as one of the most crucial matches in the world cup series, employees of the private and government offices have applied […] 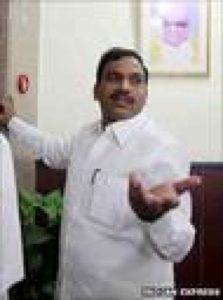 According to a survey by “PERC”-the famous consultancy firm of Hong Kong, India has got fourth position in the list of most corrupt nations in the world. Cambodia has got the first place in this list, while Indonesia and Philippines have got second and third positions respectively.  Due to frequent exposure of scams in public […]

There was uproar about senior congressman Jagdish Tytler’s visit to Jagganath temple of Puri during his recent visit to Orissa. The members of ruling BJD party raised the question challenging Tytler was not a Hindu, therefore not eligible to enter into the Santo sanctum of Hindus.  Jagdish Tytler has clarified that he is a Hindu […]