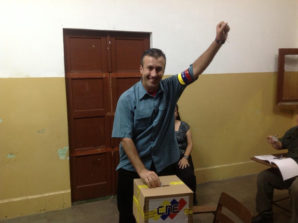 He’s only just been elected to the post of vice president in 2017, but already Tareck El Aissami has been keeping his nation Venezuela in the news for all the wrong reasons. Described by the West as a drug trafficker, money launderer and an aider of terrorism, El Aissami’s mentor, the late Hugo Chavez would […]