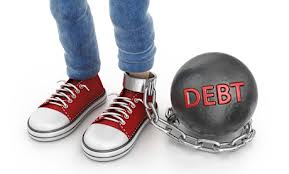 A recent report from the Federal Reserve Bank of New York revealed the nation’s rapidly increasing student debt levels may be leading to decreased business for the automotive and housing industries and other markets. The total U.S. student loan debt was estimated to be $966 billion in 2012, which is more than what consumers have borrowed through auto loans, credit cards, and home equity loans combined. Only home mortgage debt exceeds that amount. The typical student loan borrower has $20,000 in student loan debt, which is nearly double the amount in 2003.

The report attributed these declines in borrowing to a few key factors, including weakened job opportunities leading to decreased consumption, and stricter lending requirements making it less likely for them to be able to borrow money. Having a large student loan can prevent young borrowers from qualifying for other loans, particularly if they don’t have a perfect re-payment history. The report showed that since the recession began, student loan borrowers are more likely to have worse credit ratings than those who never borrowed for school.

While highly skilled young workers have traditionally been a source of consumer spending in years past, unprecedented levels of student loan debt are preventing them from borrowing and buying in today’s economy. This could become an even bigger issue in later years if future generations of new graduates are unable to find opportunities allowing them to repay their student loan debts and fully participate in the economy.