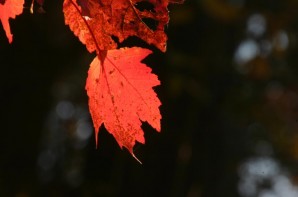 With the first day of autumn just days behind us, lovers of the many colors of fall will be preparing for foliage tours and checking online for the slow southbound progression of colors and cooler weather.

For many,  one or more fall foliage tours is a ritual of autumn while others simply enjoy the explosion of colors around them.

As the weather changes and the temperatures start dropping, the colors of the leaves start changing in the most northern tip of Main and start moving southward depending on various factors including rainfall and weather.

Changes in leaf color usually start in late September and peak in early to mid November depending on the location.

By now the colors of the leaves in almost half the state of Main have peaked and near peak or patchy in the central and southern half.

Colors are patchy in the states of Vermont, New Hampshire, Massachusetts, Connecticut and southward through southern New York and along the Appalachian Mountain chain through Pennsylvania and West Virginia. They will peak over the next month.

But due to altitudes, the Adirondack region and Lake Placid are seeing peak colors now.

While other states across the northern tier of the nation are also seeing the display, none seems to be so greater or well known than down the eastern states and into the final toes of the Appalachian chain in north Georgia, Alabama and Tennessee.

The Appalachian mountain chain has always attracted tourists and travelers who, during summer, wanted to enjoy the coolness of the mountains or during fall, enjoyed the colorful panoramic views spread out like a patchwork quilt.

The internet has a host of sites dedicated to the progress of the fall colors where the degree of color changes can be tracked on maps  and many tour operators promote tours through the New England states where colors can be most vivid.

So with cooler temperatures, clear blue skies and forests of multi-colors, the autumn season is an idea time to enjoy the outdoors and take a relaxing trip.

A fisherman enjoys spending time during the colorful fall season at the Lake Cahulga Reservoir in Heflin, Alabama