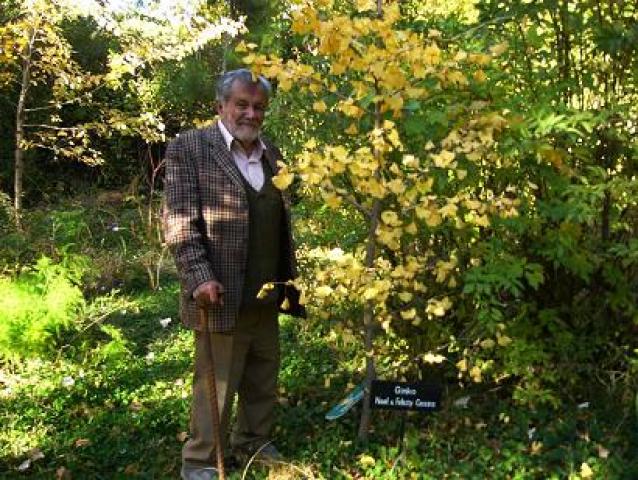 Autumn too has its colours

CHITRAL: Those of you who have visited Chitral, some year after year, have I am sure appreciated the scenic beauty of the land, the majestic sight of the Terich Mir and the enchanting spectacle of Chitral’s mountains vales and dales said Major Retired Shahzada Khush Ahmadul Mulk of Ayun in an exclusive interview to APP. Above all its calm, peaceful and welcoming atmosphere and polite and friendly people; its small minority the gentle Kalash people, said to be remnants of Alexander’s army. Ever since retirement from service in 1966  from Pakistan Army I have been cherishing a vision of introducing more color into the existing autumnal hues of Chitral KA Mulk added. Consisting of the browns and yellows of platens and mulberries and pomegranates and the lighter red and orange of apricots, apples and pears, thereby also hoping to extend the tourist season into these florid months. My contention is that the brilliant array of fall colors in deciduous woodlands is only possible in the cooler and mountainous regions Mr. Mulk added. With the shorter days after 21 June and less direct sun light the weather becoming cooler and this change in temperature increasing the tempo of internal changes in the plants that soon produce the brilliant leaf colors in the trees shrubs and vines of the deciduous forests. In the plains ones view is limited to a short range, it is the ups and downs of the terrain of a hilly district as you travel along the valleys that make miles and miles of colorful vistas available to you for photography and as a pleasurable experience.

Accordingly since some years I have been aspiring to raise autumnal coloring trees, shrubs, conifers and vines from imported seeds; establish a small garden patch as an example and then hoping that the plants would go around Chitral in due course of time and realize my dream he explained. A youngster’s aspiration still yearning its way into this now serene and secluded autumn of life. Living in a fraternity with plants but not yet understanding each other’s language. This Homo sapiens existence on earth still seemingly grouping along at the primordial stage of evolution. But what about the progress of science and technology you say? Yes and what about the nuclear bombs and mans ever increasing and intensifying and unstinting greed and self-interest. The cause causes of all the sorrows and wretchedness that grips and plagues mankind and Gods helpless and voiceless creatures, the seas, the forests and the environment all over the world KA Mulk said.

Anyhow leaving philosophy to those better equipped and coming home to autumn hues, I have after many a trial and error at last realised that no matter how throbbing your love mere longing, ogling and flirting do not sprout and grow into flourishing woodlands or for that matter into enchanting and lovable amazons he responded a question. Thus non availability of the required seeds nearer home, scant means and lack of skilful know-how, creating quite a few posers in raising plants from seeds sufficient enough in-order to fill the gaps all over Chitral; then hopefully all over the hilly districts of Pakistan. Some seeds requiring hot and cold stratification and some taking years to germinate; as Hillier and Sons, Winchester explain in their catalogue. "The soil PH, and the hardiness of the plant are subjects about which the gardener, specially so the amateur and unqualified is for ever wondering. It is a subject full of pitfalls, surprise, disappointments and exceptions to the rule. From sowing to sprouting the seeds are exposed to being killed by animals, fungi, drying or becoming too wet." Quite often due to ill contrived and boorish canoodling.

Anyhow the above vision of mine was further cheered and piqued by the second ever visit outside Pakistan to England and Ireland during autumn months. The earlier maiden visit, my only ever venture anywhere outside Pakistan was that of a month and half’s trek in the provinces of Farkhar, Takhar, Badakhshan and Punjsher in northern Afghanistan in 1990 he added. The Russians had withdrawn but the struggle against Najib’s forces was in full swing at that time when I was visiting the area he added. This time the journey being prompted by another feature of love; human and tender feelings for the undaunted struggle and sufferings of the people of Afghanistan. I had heard and experienced what had been happening in Afghanistan while serving as administrator of the Afghan refugees in Chitral from 1980-84 KA Mulk told.

Thus an abiding call set me out on this journey at the age of seventy. Had the honor of staying with Ahmed Shah Masood who was kind enough to provide me transport and escort during my journey in the above mentioned areas. From the Durah pass in Chitral and back I had to cris cros six high passes. Of these the rocky almost perpendicular Kohezard into Panjsher was most formidable, which none of the travelers writing books about Afghanistan have ventured. Not that I have heard of. Leaving account of the above to more talented persons writing books and coming back to the delightful autumn colors. During October 1997 a most warm-hearted friend sponsored my visit and a month and half’s stay with his family in Ottawa in Canada. Leaving aside his business schedules and driving me around the vales and dales of the country I had the pleasure of my life to behold the brilliant array of spectacular fall colors; "the biological equivalent of the greatest show on earth" he added.  The bright yellows, oranges and reds of the autumn leaves of the deciduous trees on the vales and dales, along the roads in the countryside appearing even more brilliant set against the mixture and back ground of their even green neighbors. In the rolling foothills and the mountains as for instance along the Colerads Canyon one finds vast vistas of great ridges and valleys filled with a splash of colour.

Responding a question that how you can manage all these efforts in this old age he responded that holding this vision I have during the years been raising such plants from imported seeds and seeds sent by kind and loving friends and I am feeling great satisfaction and happiness while playing and working in my garden with flowers and plants.  He said that I was most desirous that   during winter season  this year- I am hoping to hold an exhibition of these plants of trees, conifers, shrubs and views in my small garden patch, in Balawushti, Ayun Chitral, NWFP, Pakistan but I thing the situation is not pleasant and normal and I am not sure that foreigners tourists will arrive here in Chitral after kidnapping of Greek social worker Athanaises he added. Major retired Shahzada Khush Ahmadul Mulk belong to royal family and is very much fond of colorful flowers, plants, tree of fruits and flowers. He has planted a big garden at Ayun village having different plants of flowers which were imported from foreign countries.
G.H. Farooqi PO  Box NO. 50 GPO Chitral Pakistan phone No. 03025989602, 0943-302295,414418
Email: gulhamad@gmail.com