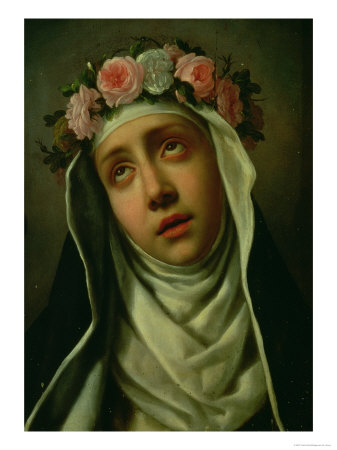 The western Biblical tradition embodies a rich history of sainthood, canonized through ritual by the Catholic Church. It seldom discriminated against the religious fervor and devotion of women when it came time to award the status of sainthood. A <saint> is a spiritually motivated individual who has been recognized for having an exceptional degree of holiness. While the English term “saint” originated in Christianity, historians use the term “in a more general way to refer to the state of special holiness that many religions associate with evolved individuals who have attained  a high level of spiritual evolution.

So what has all this got to do with baby girl names? You ask.

Actually, quite a bit. Some of the most beautiful not to mention popular English, American, and in fact western baby girl names are inspired by women who have attained sainthood in the Catholic tradition. These baby girl names are popular the world over where Christian influences are strong and belief systems are entrenched. We set out to research baby name origins for several baby girl names and noticed this incredible pattern which we would like to share with you. What follows is a remarkable journey into the world of baby girl names with a brief overview of their religious associations and their relationships with the beliefs the saints represented. 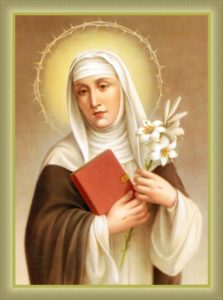 Top on our list of baby names for girls is a name inspired by sainthood, a name that has made it to the top 100 baby girl name lists  in the US, UK and other parts of the world where Christian belief principles are strong. St. Catherine is the patron saint of students and those committed to the acquisition of knowledge. 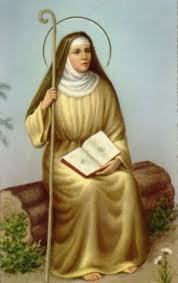 A name that literally spans geographies and cultures with multiple versions like Monika and Monique, St. Monica was the patron saint of mothers. Literally, the name means “to advise” or “to guide.” The name has earned such widespread popularity over the years that you can find girls of all ages with this name in India, China, Australia and other parts of the world too. 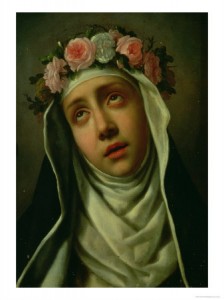 Rose is indeed an evergreen  name that has been made ever so popular by the entertainment industry what with the young girl in Titanic leaving a magical impression on millions. It is inspired by St. Rose of Lima, adored by all in Central America because St. Rose cares for babies and watches over them. The name also shares its origin from the rose flower since there exists a strong tradition of naming girls after flowers. We can think of several examples such as Violet, Lily and Tulip.

The only reason we can think of why this name has gained recent popularity despite the fact that its saintly origin is masculine is because it is really different. Parents constantly seek unique baby names for their little ones to help carve a unique identity for their children. Alexus is not only a male saint which makes him unique in our present context. He is also the patron saint of pan handlers or beggars. Interesting associations not withstanding, Alexus is a lovely name, easy to spell, pronounce and recall.

We have a whole list of baby girl names in this intuitive category which we have provided in the box below along with their origins. If your parents used one of these names to name you, or if you have a new member in your family, research these baby names and pick one of them. They are safe, they are spiritual, and most importantly, they are beautiful!