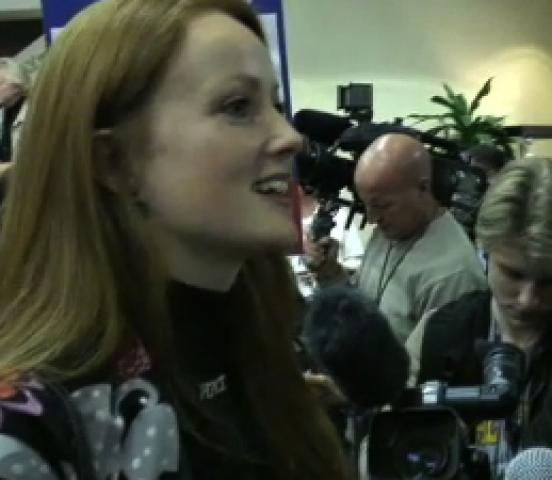 On October 30, 2007, GroundReport traveled to Philadelphia to film the Democratic debate at Drexel University.

The focus was not the debate—it was to cover the coverage.  From the Spin Room to the Campaign Visibility Area, from bomb-sniffing dogs to satellite trucks, GroundReport streamed live to lift the veil on big media and the 2008 elections.  Watch GroundReport TV for looping live coverage from behind the scenes at yesterday’s debate: http://groundreport.tv.

But first, watch the video below for views on the role of the media in politics from Howard Dean, Elizabeth Kucinich, and top political correspondents from CNN and FOX News.