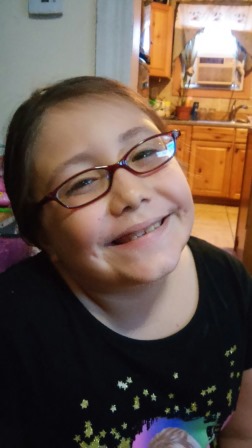 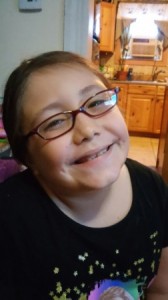 Doctors at Children’s Hospital of Michigan and the Detroit Medical Center have received national media attention for a unique treatment involving a patient with life-threatening hemorrhage.

Nancy Diaz of Detroit has been treated at Children’s Hospital of Michigan for Glanzmann’s thrombasthenia, a rare disorder of blood platelets which can result in easy bruising and life-threatening bleeds.

“When the standard of care involving medical and surgical treatment were not controlling her recurrent nasal hemorrhage, we needed to do some out of the box thinking” says Sonal Saraiya, M.D. otolaryngologist on staff at Children’s Hospital of Michigan at the Detroit Medical Center. Dr. Saraiya is also treating Nancy’s sister Estrella for the same disorder.

The team decided to then look into different modalities of treatment that had been used in the previous years.

“We packed the nose with strips of bacon/cured pork and observed the patient in the ICU. The method worked because there are clotting factors in the pork and the high level of salt pulls in a fluid from the nose acting as a tamponade,” says Dr. Saraiya.

The treatment was used on Nancy for two separate episodes of life-threatening hemorrhaging in the nose. In both cases, the bleeding stopped within 48 hours and she was discharged within 72 hours after treatment.

“It seems a bit strange but it worked,” says Rafael Diaz, Nancy’s father.

The treatment was published in the Annals of Otology, Rhinology and Laryngology (link to study http://www.ncbi.nlm.nih.gov/pubmed/22224315).

Although the treatment was successful Dr. Saraiya cautions it should not be used for a routine nosebleed because it could cause lifethreatening infection.

For further information on ear, nose and throat services at Children’s Hospital of Michigan visit http://www.childrensdmc.org/Pediatric-ENT.

Filed under: Healthcare, News
Share Tweet Pin G Plus Email
previous article: Can You Make Me a Match
next article: The Papacy Refuses To Teach the Truth of Genesis