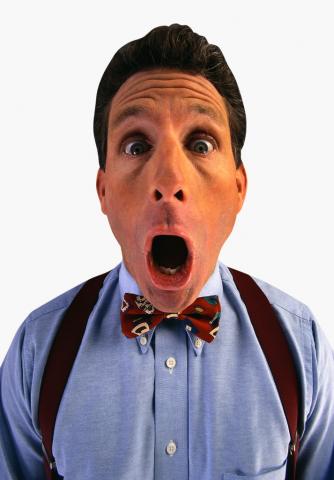 This world just saw British Prime Minister David Cameron apologizing for some derogatory comments he had made earlier about two of his colleagues. Cameron first told Angela Eagle – a senior Labor MP and the shadow chief secretary to the Treasury, "calm down, dear” while replying to a question in the House of Commons. Later, he also passed a crude remark about Tory MP Nadine Dorries, calling her sexually frustrated.

Ugly the comments sure were, but I would say that Mr. Cameroon is at least man enough to apologize. Some even don’t have that ability. And one such person that I can think of right now is the late Pramod Mahajan –a former minister from Mumbai.

In 1999 Mahajan – a senior leader of India’s main opposition party BJP, hurled insults at Sonia Gandhi, the Congress party president and the then PM hopeful, equating her with Monica Lewinsky. Not satisfied with this, he later went one step ahead and said that Sonia Gandhi’s only contribution to India was producing two babies and adding to the country’s growing population. It’s a cheap, devoid of all decency and respect for women and saw widespread protests. But Mahajan never apologized!

(Mahajan was shot dead by his own brother in 2006. Years later, his twice married son Rahul Mahajan has been accused of battering both his wives. Ill manner can run in the genes!)

Mahajan and Cameroon have many followers!

Ghana’s deputy minister for the Interior, Kobby Acheampong is certainly one of them. Last week, Kobbe was being interviewed for a show by a female host. Asked some tough questions, the minister lost his self control, and went for the jugular of the host, Shamima Muslim, attacking her personality. The nation watched in horror as the minister, live on TV, pushed his fingers directly into the face of Shamima as he refused to allow her to play her role as host. He

continued even outside the studip, drawing the attention of a small crowd to watch the drama of a deputy Minister insulting a female television host in public, calling her  a “stupid girl” who “jumps from one place to another” and an ‘aboa’, a fool.

This year in June we saw Nobel laureate writer V S Naipaul bad mouthing women writers, saying that they have narrow view of the world that makes their writing inferior to that of men. He went on to say that since the woman is not a complete master of a house, it comes over in her writing too.

In July, Italian Prime Minister Silvio Berlusconi made a derogatory comment about Germany’s Chancellor Angela Merkel, calling her as ‘an un****able fat ****’.

As we go from one example to another of famous, powerful (and very public figure) men insulting their colleagues publicly, one is forced to wonder, what it is really that pushes them into stopping so low. Is it jealousy? Insecurity? A poor upbringing? Or is it a genetic disorder?

I would like to believe that it’s a mental disorder and these men need  psychiatric help.