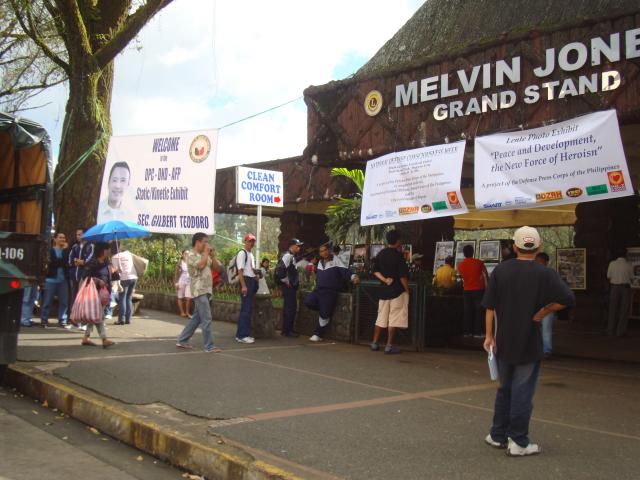 The Armed Forces of the Philippines represented by the Navy and Air Force Command with the participation of the cadet corps of the Philippine Military Academy (PMA) will be conducting a series of activities in celebration of the country’s National Defense Week. The four day events which started this 23 of October and will end on Sunday October 26, 2008, will showcase the AFP’s role in promoting the civil-military operations all over the archipelago.

Among the activities to be held are the “Slow Drill” presentation, a mini-gallery featuring the heroism of the men in uniform in saving lives from the natural and man-made disasters and many more. The celebration is also an image-building for the military which had been accused of human rights violations and enforced disappearances of militants opposing the regime of President Gloria Arroyo.