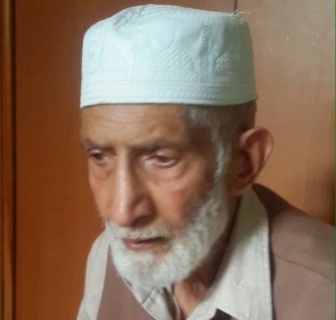 In his message of condolence, Mufti Sayeed spoke highly about the contribution of the late officer during the time he headed the State Information Department between the late Seventies and early Eighties.

The Chief Minister expressed sympathy with the bereaved family and prayed for peace to the departed soul.

Condoling the death of Bakshi Ghulam Ali, former Director Information and PR, Mr K L Dhar, recounted his professional relations with him and said “Mr Bakshi made substantial contribution in upgrading of the department and introduced some innovative measures to improve the performance”.

Mr KB Jandial, former Secretary Information department and a former member of JKPSC while condoling the sad and sudden demise of Mr Bakshi said he visited him last year to inquire about his welfare before offices moved to winter capital and had a long chat with him on various issues pertaining to the state.

“An exceedingly competent PR man and a hardworking officer”, said Mr Khalid Bashir, former Director Information and PR. He said “Mr Bakshi was a pious man and a gentleman par excellence, am grieved over his demise”.

In a condolence meeting held at the Directorate of Information & PR, here today, Zaffar Ahmad recalled the immense contribution of late Bakshi Saab in making Information Department a thoroughly professional organization in dissemination of news.

Minister for Education, Naeem Akhtar has expressed grief over the demise of former Director
Information & PR, Bakshi Ghulam Ali, who passed away early this morning.

Mr Akhtar recalled the contribution of Bakshi Ghulam Ali to the Department of Information where the former worked under Ali as an Information Officer in eighties. He said Ali was a thorough gentleman and had spent his most of the service career in Information Department, rising from the ranks to finally head the Department.

“At that time Bakshi Ghulam Ali was working as Deputy Director Information and we used to learn a lot from him in the early stages of our career,” Mr Akhtar said.

A two-minute silence was also observed as a mark of respect to the departed soul by the staff members of the Information Department.