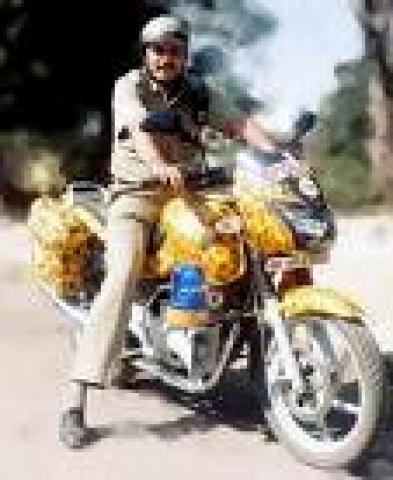 Bangalore city Police are few steps ahead as compared to the other States Police in the means of collecting the money from the public in the name of breaking the Law.

The best example is Bangalore is suffering from heavy traffic jams and signals which is an open secret that all knows but the thing is instead of controlling the traffic, the Traffic police is running for money by takin g the public bikes, cars etc.

What exactly the No Parking area means? There no vehicle should be parked. But what they Police doing is taking the bikes which are parked even infront of the shops and collecting a lump sum of rupees to suffer the public.

Whereever u observe in Bangalore city, many commuters are silent sufferers of Police which cant open their mouth because many of the suffered are from other states. If they open their mouth they are feared of being non-locals.

In Another Example, recently came in a local news paper, a Delhi Person who was travelling in a bus was scolded by the Bus conductor and lead to police station. There a Sub Inspector even doesnt inquire what happened beated the passenger brutally and filed a case against him and let him into jail for one week.

This is the way how civilian rights are exercised in the Information Technology city(Bangalore) of India.

Police here give the value to the People those who are locals only. If any of the non local was interrogated there are very less chances for being out without any damage.