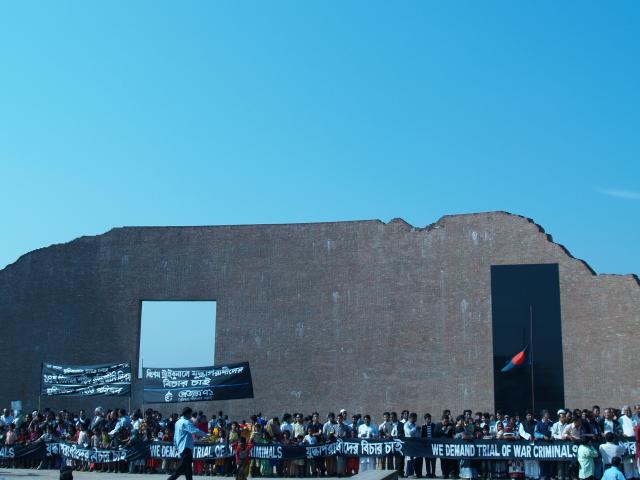 Bangladesh Media should protest against this shameful act of Bangladesh Prime Mister. By blocking the video-sharing web site YouTube for hosting a recorded conversation between the newly elected prime minister and the country’s powerful army officers shows there is some conspiracy within the present Bangladesh government!  Truth should prevail!

If you are interested to hear PM Shaikh Hasina’s meeting with the army officers…here are the 3 links… which is now blocked again by shameless Prime Minister, saying  "contents subversive to the state." what a "chagol" as the Army officers called her on this recorded conversation between prime minister and army officers. It’s shows how a Prime Minister could be ignorant! She deserved to be called "chagol" for her decision making failure! As we called before Bush a liar!

Filed under: Politics, World
Share Tweet Pin G Plus Email
previous article: the Provincial Assembly for adopting unanimous resolution regarding his stand and courage during the
next article: More Aid Groups Face Threats Of Getting Booted Out Of Sudan