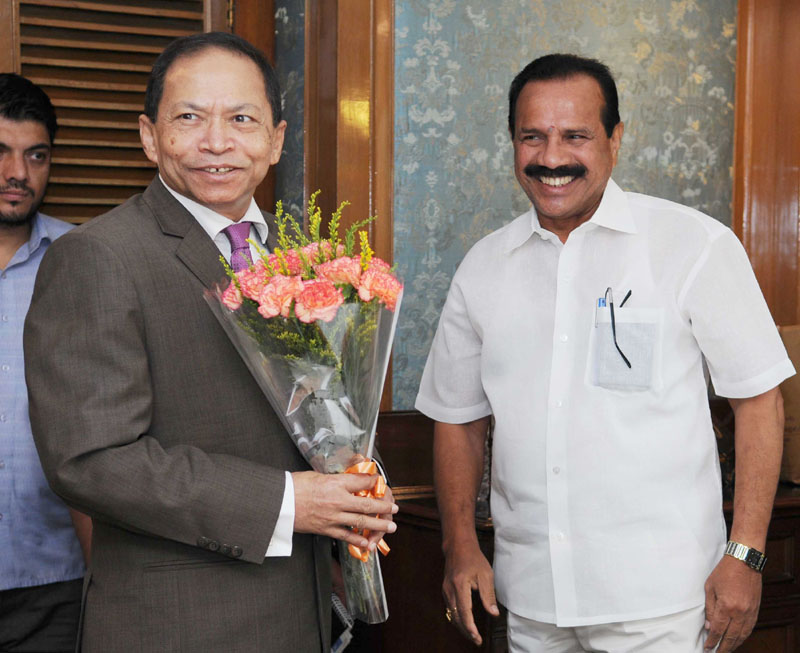 New Delhi (PIB-GR-TYP-BIN): A meeting was held between the Chief Justice of Bangladesh, Mr. Surendra Kumar Sinha and the Minister for Law and Justice, Mr. D.V. Sadananda Gowda in New Delhi on October 7. The High Commissioner of Bangladesh to India Mr. Syed Muazzem Ali was also present on the occasion. The meeting took place in the background of momentous visit of Prime Minister Narendra Modi to Bangladesh in June, 2015.

In this meeting, issues relating to Mutual Legal Assistance in Civil Matters between two countries were discussed. The Chief Justice of Bangladesh showed keen interest for training of judicial officers of Bangladesh in Indian National Judicial Academy. He also expressed desire for further interaction with representatives of the Indian Bar for good practices in the legal profession to be shared among members of the Bar of both the countries. The Minister for Law and Justice expressed the view that our mutual interactions in legal matters will be further strengthened, if India and Bangladesh are able to have a Mutual Legal Assistance Agreement.