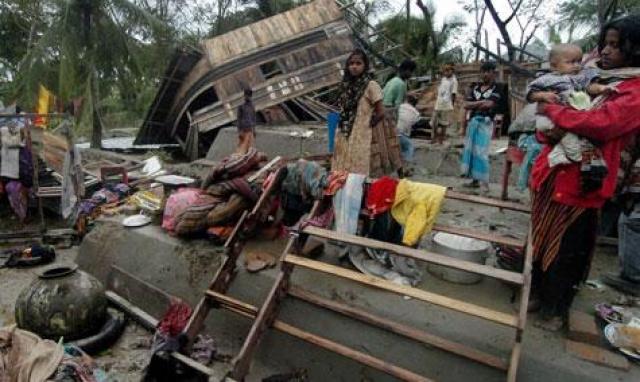 The deadly  cyclone Sidr attack suspects to exceed the death toll more than 10000 says the chairman of Bangladesh Red Crescent. More over the authorities have not been able to figure out the exact number of disaster victims. Up to now, the report says that the cyclone took around 2300 lives. Many are missing which include the 3000 fishermen.

Among the 64 districts in the country 25 districts were smashed by the cyclone. Many unburied decaying bodies are lying around. Road and media are yet to be re-established. Aids from all parts of the world are flowing to Bangladesh.