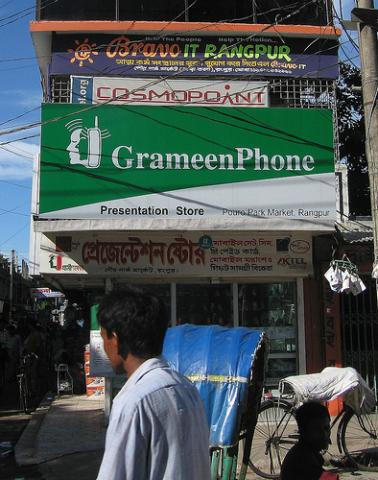 According to new data from the Bangladesh Telecommunications Regulatory Commission (BTRC)  www.btrc.gov.bd , the country’s mobile operators added 1.38 million new subscribers in March 2008 to raise the total user base to 38.93 million.   The figures show that market leading GrameenPhone’s subscriber base in March reach 17.81 million; Banglalink’s customer base grew to 8.31 million; AKTEL users grew to 7.45 million; Warid Telecom Bangladesh (which launched in May 2007) has already established itself in fourth place with 2.79 million subscribers at the end of March, CityCell (the only CDMA operator) users base grew to 1.56 million; and state-owned Teletalk was reported to have 1.01 million customers.

The total number of Mobile Phone Subscribers has reached 38.93 million at the end of March 2008.