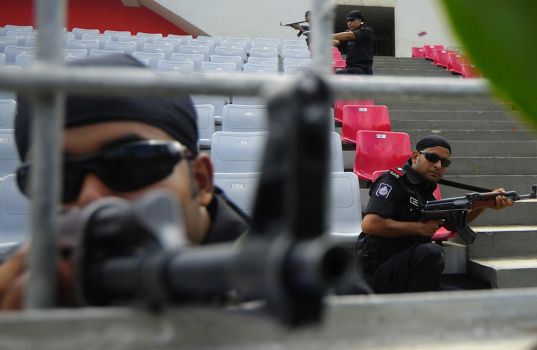 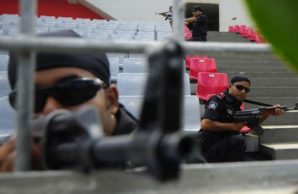 Elite force Rapid Action Battalion (RAB) was formed in March 2004 with the commitment to root out terrorism and commenced operations on April 14 the same year when the BNP-Jamaat-led four-party alliance was in power.

The National Human Rights Commission and local and international rights bodies on different occasions criticised RAB personnel for excesses, notably in the case of shooting college student Limon Hossain of Jhalakathi that created much outcry. Even the call to disband the force came up several times whenever the involvement of RAB personnel in extrajudicial activities surfaced.

The force faced massive criticisms in April last year when some of its top officials of unit 11 were found involved in contract killing – disappearance and murder of seven people in Narayanganj. According to a RAB probe, former commanding officer of unit 11 Lt Col Tareq Sayeed Muhammad, Maj Arif Hossain and Lt Commander Masud Rana and a dozen other member of the same unit were involved in the incident. They are now facing trial for the abduction and murders.

Equipped with sophisticated arms, advanced technological support and a trained dog squad, RAB personnel were trained on interrogation by the UK and on human rights by the US. The 10 truckloads of automatic submachine-guns, AK 47 rifles and other modern arms and ammunition seized in the largest ever arms haul in Chittagong in April 2004 were also handed over to the elite force, according to whistleblowing website WikiLeaks.

Apart from the alleged violation of rights, the elite force on many occasions had reportedly been used for political purpose.

Moreover, lack of coordination among the police and RAB was seen in investigating some sensational cases in the recent times that caused confusion and misunderstanding. In some cases, police and RAB came up with contradictory findings.

* It’s mission is to “prevent crime and apprehend criminals”.

* “Bangladesh is my pride” is the motto of all RAB members.

* Capabilities of the elite force are ensuring internal security, carrying out government assignments, detaining armed gangs of criminals and recovery of unauthorised arms, gathering intelligence on crimes and assisting other law enforcing agencies.

In 2015: Prime Minister Sheikh Hasina on Saturday appreciated the role of RAB in combating militancy and terrorism. She said the elite force was playing an important role in maintaining law and order situation of the country.
____________________

BNP:
In 2004: “Let us not discuss it. The people are happy and even the judges are happy about it [crossfire],” then home state minister Lutfozzaman Babar told an US embassy official. #WikiLeaks

In 2014: “RAB now is synonymous with fear. The force is now involved in killings, abduction and forced disappearances. So, in order to bring back peace to people’s minds, RAB should be dissolved,” BNP chief Khaleda Zia said.
____________________

Former US ambassador to Dhaka James F Moriarty in a meeting with then Indian high commissioner Pinak Ranjan Chakravarty that RAB is the enforcement organisation best positioned to one day become a Bangladeshi version of the US Federal Bureau of Investigation (FBI). Source: WikiLeaks