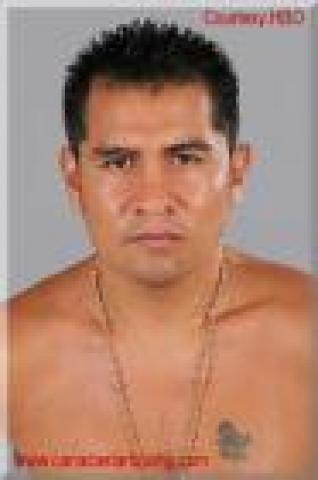 Former world boxing champion Marco Antonio Barrera of Mexico and Amir Khan of the United Kingdom will tangle in a boxing match on March 14, 2009 in Great Britain.

Amir Khan is being promoted by Frank Warren while Barrera is under Don King Promotions.

Yahoo Sports, ‘Talking about fighting Barrera put a twinkle in Khan’s eye-and we’ve delivered it. ‘Warren said, this puts him well and truly on the world stage. Facing Barrera will be the making of Amir.’

The 34 year old Barrera returned from a short-lived retirement in November and knocked out Sammy Ventura in his first lightweight bout.

The 22-year old Khan, who won a silver medal at the 2004 Athens Olympics, won the WBA international lightweight title last month with a second round stoppage of Oisin Fagan. His record is 19-1

Marco Antonio Barrera is a professional boxer from Mexico. He was born January 17, 1974 in Mexico City. He is a seven-time world champion in three different weight classes. He is the former WBO Super Bantamweight, IBO/IBC Featherweight, WBC Super Featherweight, and IBF Junior Lightweight.

As an amateur boxer, Barrera has a record of 56-4. He was a five-time Mexican national champion.

Barrera was 15 years old, when he defeated David Felix by knock out in round two in 1989 which mark the beginning of his colorful boxing career. He fought seven more amateur fights and remained undefeated.

In 1992 he turned professional and fought Justino Suarez and captured the Mexican Super flyweight championship. Since then Barrera figured in many championship fights and winning most of them. He fought his fellow boxing champion Eric Morales and won by split decision. H likewise fought another fellow Mexican boxer Juan Manuel Marquez but lost by unanimous decision. His most important fight was with Manny Pacquiao of the Philippines but he lost twice and decided to retire after the fight. He came back from retirement last November and won over Sammy Venture in his first lightweight bout.

Amir Khan is a British professional boxer. He was born on December 8, 1986 in Bolton, Greater Manchester in England. He started as an amateur boxer at age 11. He had a colorful amateur record, winning medals from different boxing and school organizations including a gold medal in the junior Olympics.

Professionally he fought 20 times, winning 19 and losing only once. His 15 bouts were won via KO. His latest fight was with Oisin Fagan for the WBA International Lightweight championship eliminator.

Amir Khan is a young and very popular boxer in England but has not fought professionally outside of the United Kingdom.