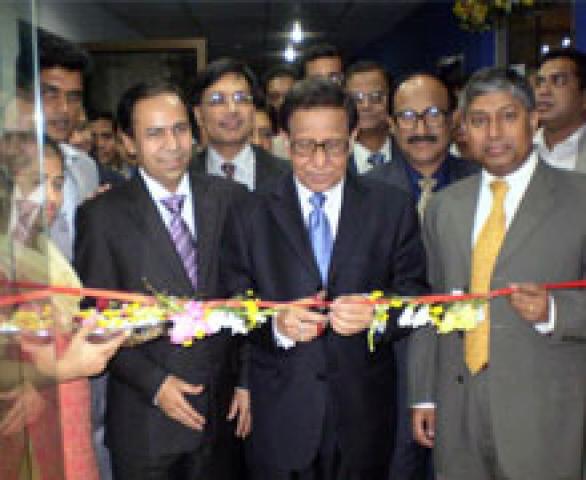 The Inaugural Ceremony of BASIS ICT Incubator Common Service Centre at the 5th Floor of BSRS Bhaban, 12 Kawran Bazar, Dhaka was held on Sunday, December 28, 2008 at 4:30 pm.
Mr. Mahbub Jamil, Hon’ble Special Assistant to the Chief Adviser, Ministry of Civil Aviation and Tourism, Ministry of Industries and Ministry of Youth and Sports attended the ceremony as Chief Guest.
Among others, BASIS President Mr. Habibullah N Karim, Sr. Vice President Mr. Syed Mamnun Quader, Vice President Mr. Shameem Ahsan, Secretary General Mr. Nahid Ahmad, Director Mr. M A Mubin Khan, Chairman, BASIS Standing Committee on Infrastructure Mr. Shoeb Ahmed Masud and other Executive council members of BASIS were present on the occasion.
In his speech, BASIS President Mr. Habibullah N Karim said that, BASIS is the managing agent of the first and only ICT Incubator of the country located at BSRS Bhaban, Kawranbazar, Dhaka covering 68563 sqft of space since November 2002. The ICT Incubator houses 46 Software & ITES companies. About 1700 persons mostly software professionals serve in the Incubator companies whose export earnings stand at Tk.12 Crore.
The Chief Guest in his speech praised the role of BASIS in the development of ICT in the country. He mentioned that the caretaker government has given highest priority to ICT sector and took many initiatives through the BBF for ICT development of the country. He hoped that the govt. will continue to support the ICT initiatives in the coming days.