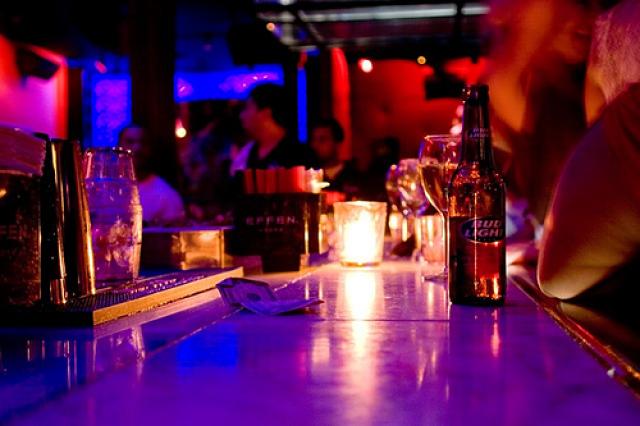 Around 5:30 AM this morning, the Basque Nightclub and Restaurant at the world’s "most famous intersection in the most famous neighborhood" of Vine street and Hollywood Boulevard in Los Angeles erupted into flames that reached 40 feet in height, accompanied by smoke plumes so tall that they were seen for miles around.

Other businesses housed within the Basque’s building, including a beauty supply company, a tattoo parlor, and a presently vacated shoe store, were also gripped by the flames.It took approximately 45 minutes after the arrival of local fire crews for the blaze to be tempered, with it becoming almost completely contained within two hours, although at one point the flames were so fierce with heat that the 180 firefighters at the scene were all forced to stay out of the buildings and resorted to using aerial ladders to pour water down upon the monstrous walls of fire.

The fire reached official "major emergency stage" at approximately 7:15 a.m., with a huge adjacent billboard threatening to collapse down upon the building by 7:30 a.m.

The buildings were unoccupied at the time the blaze erupted, and thus far there are no reports of any injuries.

The flames were also dangerously close to other renowned Los Angeles landmark buildings including the Pantages Theater and Capitol Records, all clustered in an area with many buildings that were constructed as far back as the 1930s. Actors James Stewart, James Dean, and Robert Sterling, actresses Judy Garland, Deborah Kerr, singer Slim Whitman, and jazz pianist Eddie Heywood all have their Walk of Fame stars located at the world’s most famous intersection.

Lindsay Lohan held her most recent birthday party at The Basque, which had been made famous by Los Angeles leading promotional company LA Late Nightlife.

"I saw what looked like an orange meteor busting through the roof…a half moon of orange glow," recalled Councilman Tom LaBonge, who was hiking close to the Griffith Park Observatory at 5:45 a.m.

"[The several fires that have erupted in older buildings in the last 18 months] are probably unrelated but the fact that we’re seeing five fires in a 10-block square radius bears some investigation," said city Councilman Eric Garcetti.

Thus far it is speculated that the fire began in the attic, similar to one in another L.A. night spot last year.

As of the time of this writing, the commercial building has not been totally written off as a loss. However, the city has declared it "under demolition".