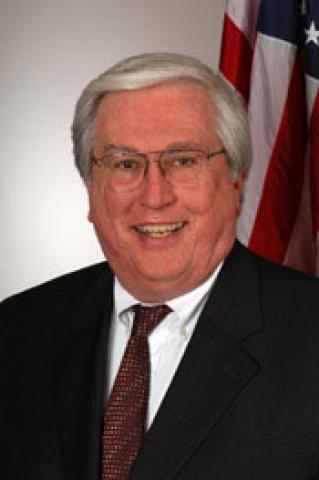 For the past seven years, Bush administration appointees have carried out a war on workers, pursuing a corporate agenda that favored the wealthy over working people.

Some of the most egregious actions came from the National Labor Relations Board (NLRB), which is supposed to protect workers’ freedom to join unions and bargain for a better life. But the Republican-dominated NLRB in recent years took away the rights of millions of workers to be represented by unions, made it harder to form unions through majority sign-up, limited the ability of illegally fired workers to recover back pay and allowed employers to discriminate against union supporters in the hiring process.

Many of the anti-worker NLRB rulings came under the watch of Robert Battista, the board’s former chairman, whom Bush renominated to lead the board for another term. Battista, whose first five-year term expired in December, constantly voted against workers and their unions and in favor of management rights during his tenure. In one of his last acts on the board, Battista and his corporate allies tried once again to squelch workers’ voices by ruling that employers can stop workers from communicating about their union by e-mail.

Battista told a U.S. House-Senate joint hearing in December he doesn’t believe the primary purpose of the National Labor Relations Act is to promote collective bargaining. Now he can put that belief into practice out in the open. He asked Bush to withdraw his nomination as NLRB chairman and joined the notorious union-busting firm Littler Mendelson.  John Logan of the London School of Economics and Political Science called Littler Mendelson one of the “nation’s first law firms to conduct aggressive union avoidance campaigns.”

When Battista was nominated in January, Sen. Edward Kennedy (D-Mass.), chairman of the Senate Health, Education, Labor and Pensions Committee, blasted the move.

It’s unbelievable that President Bush would renominate Mr. Battista to the board, after he led the most anti-worker, anti-labor, anti-union board in its history. America’s hard-working men and women deserve a board that will uphold their rights, not undermine them. With these nominations, the administration has again demonstrated its hostility to fairness and justice in the workplace.

In recent months, our allies on Capitol Hill joined our campaign for a fair NLRB that does its job to protect workers’ freedom to join a union. Last November, workers across the country protested the ongoing assault on worker rights by the Bush-appointed NLRB, saying until a pro-worker labor board is appointed, the agency should be “closed for renovations.”

Now, it seems, workers have successfully stalled, if not derailed, the NLRB’s assault on workers’ rights until a new president can appoint new board members. The current two-member board is putting off controversial decisions until it has a full complement of members.