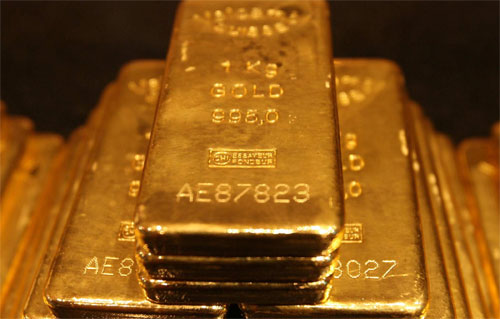 Economic downturns are basically inevitable and although these episodes are bleak periods for most people, the truth is that during times of economic trouble there is still hope based on the fact that while the value of most financial instruments related to investments drop like bricks due to investors pulling out, gold bullion prices move in the opposite direction, and this move is usually rapid causing the prices of precious metals to rise quickly due to increased demand.

As for investments such as stocks, bonds and shares, their fate after the economic downturn is usually left to the will of the market and depending on the financial health of the company prior to the economic turmoil and the duration of the turmoil, some companies survive and others do not, therefore, investors prefer not to risk more than they have to. The most recent incident was the global financial meltdown that started in 2008 and lasted right up to 2011 during which time companies offering cash for gold popped up like mushrooms after rain everywhere.

The reason they appeared all of a sudden was not without good reason, the prices of gold was almost doubling, and most of these companies that came into the playing field after gold prices passed the $1,500 USD mark, did not survive or did poorly after 2011, the reason being, the prices of gold fell back to ‘real value’ as it always does.

For the average person who has decided to buy gold, bullion coins or even jewellery, the best time to sell their gold would be when gold prices increase by more than 50 % from the original purchase price, because sudden increases by 50 % or more would definitely exceed the real value of gold and those selling their gold at this price could be rest assured that these prices will definitely be falling back to their real value eventually (even if it is 3 years later).

The only risk in this situation however (long duration before everything returns to normal), is the possibility of currency losing value by huge margins. Individuals therefore should not only wait until prices exceed the original value, but they should also take into consideration the reason for the economic downturn and whether it is domestic, regional or global. If it is global, then anything above 50 % would be good.

If the economic downturn is regional or domestic, the chances are that gold prices would not be impacted severely if the rest of the world remains status-quo and thus choosing to sell gold in these conditions would not be beneficial at all.

Waiting out the economic storm and making a decision after that would be the better approach as the path ahead would be clearer.