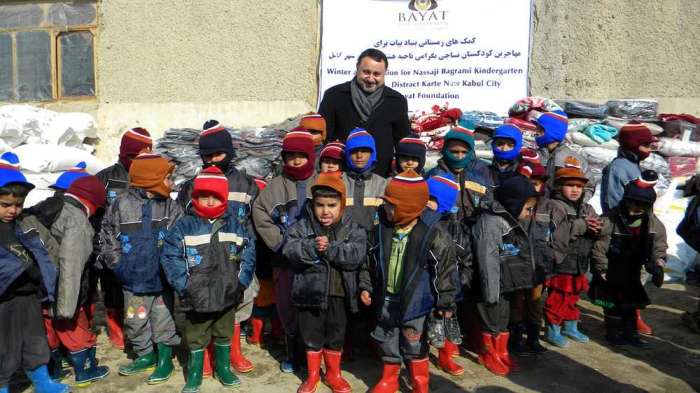 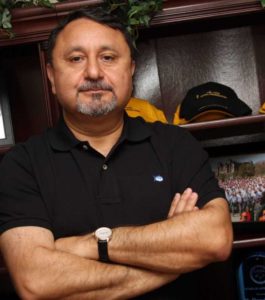 There is no doubt that Afghanistan has been floundering for decades with wars, invasions, tribal wars and so much more. This is not about what should have been done or why things happened, but it is more about the people of Afghanistan, who have seen their beautiful country become a battle ground, where lives were lost, buildings destroyed, school children being attacked for going to school and so many more atrocities.

Thankfully there are many people and organizations that are doing their best to help Afghanistan  reclaim its past glory, one such person who is extremely dedicated to this cause is Ehsanollah Bayat the founder of the Bayat Foundation in Ponte Vedra Beach, Florida. Ehsanollah was born in the Ghazni which is a province in Afghanistan, he is an ethnic Turkmen from the Bayat Tribe.

In 1979 he moved to the United States where he obtained a BA in engineering from the New Jersey Institute of Technology, but when the Taliban regime fell, he returned to Afghanistan where he founded Afghan Wireless Communications Company and the Bayat Foundation, which help lay the ground work for Ariana Television Network with large audiences in Afghanistan and Afghan refugees in Pakistan

He is a man who has not forgotten his roots and is working very hard to help the Afghan people get back on its feet. The Bayat Foundation is a great organization, since its inception in 2006 they have helped rebuild Afghanistan as well providing support and hope to the neediest, most at-risk Afghans. They have provided clothing, food, hospitals, maternity care for women before and during childbirth and to newborn babies as well as education, orphan care and engaging the youth in positive activities such as sports.

They also emphasis the importance of entrepreneurship for widows, women and children to generate new businesses to rekindle a new healthy attitude and a positive base where all Afghans can have the opportunity to prosper.

The Bayat Foundation is funded by generous donations from countries all over the world, including Ehsanollah Bayat  himself who is one of the richest people of Afghan origin in the world. Ehsanollah must be commended for his actions in going back to his homeland to make it a better place to live, in addition to all the amazing things the foundation has been doing they have been instrumental in providing clean water by deep well-digging initiatives, assisting victims of floods and avalanches by providing food and clothing, they have also launched the Empowering Women Grant and awarded them $10,000 to each for their activities, this is especially meaningful because for so long women have been treated like 3rd classes citizens.

The Foundation has given the Afghans hope and promise but they cannot do it alone, there are schools that need to be built, buildings to house families, food that needs to be grown, this is an organization that can use all the help it can. Afghanistan, a country rich in history and life, needs a chance to be able to stand on its own after all the destruction it has faced, with the help of Ehsanollah, the foundation and others hopefully the future will shine brightly again.