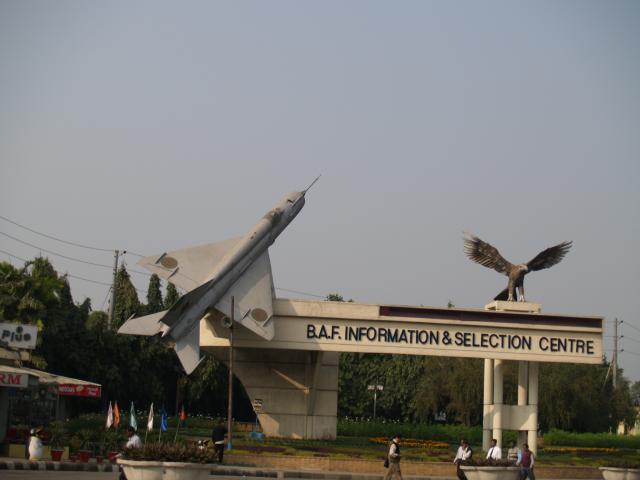 As we are hearing now blame and conspiracy theories but there is no question after listening the leaked out conversation below shows that, it was a failure on decision making by Bangladesh ignorant prime minister.  It is also true that the role of Nanok, Azam and Sahara seems doubtful and gives us the opportunity to raise some very valid questions. For example Sahara didn’t make any lists of soldiers who surrendered their arms, but why?  Why she didn’t rescue some other army officers and their wife at that night? How could it be possible for those so called "surrendered mutineers" to run away?

The PM’s  meeting with Army Officer’s got leaked out. Hopefully the real truth of investigation will come out this time and real culprits will be identified.

In an interview with Khaleej Times Online Karim, a 57-year-old former BDR chief, said in April 2001, when Karim was in charge of the BDR, 16 Indian troops and three Bangladeshi soldiers were killed in one of the bloodiest clashes on the shared border.
‘This may be revenge for what happened in 2001,’ Karim said. ‘There is a conspiracy. Our neighbours don’t want our army and our BDR to be strong.’
It may be mentioned here that, Mirza Azam is the brother-in-law of executed Islamist militancy kingpin Shaikh Abdur Rahman.
Prime Minister instructed her Principal Staff Officer to communicate a message that, during the Operation Rebel Hunt, only members of the rebel Bangladesh Riffles troops can be arrested. Others [even if suspected in the case], cannot be arrested by the members of Bangladesh Armed Forces.
It was naturally expected that after such tragic brutality in the history of Bangladesh, the ruling government might have shown minimum sincerity in at least investigating the case through neutral hands, so that perpetrators, belonging to any quarter, would be identified for trial. Abdul Kahhar Akhand, Assistant Superintendent of Police, who only couple of back got his job back, after Awami League government, came in power.
All Bangladeshi Citizens should have the following questions to ask
After learning about the incident, why the government did not allow army to go into operations?
Why time was wasted in the name of political settlement? Who helped the mutineers in escaping?