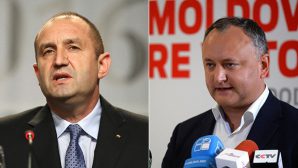 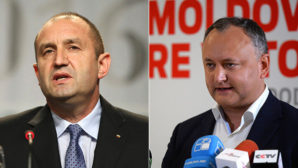 Nowadays the concept of “hybrid war” is frequently used by politicians, political analysts and ordinary people. However, each one puts their own sense in this concept. In simplified form it may be defined as a modern method of imposing maximum harm on the enemy by all possible means. One should pay tribute to the Russian authorities who have strategy and tactics of hybrid warfare at their fingertips. Attempts of forcible takeover of Crimea were crowned with success, yet the use of such tactics in Donbass went terribly wrong. It appears that “Novorossiya” project is closed by bell, book and candle. However the Russia’s purpose is unchanged — to keep Ukraine in a zone of its political and economic influence at any cost, prevent development of the successful independent state near to its borders. Therefore Russia has not relinquished its purposes, though methods of their achievement were seriously transformed.

The Russian Federation has passed from tactics of acting on the offensive to tactics of the slow, exhausting conflict. Creation of quasi-state formations by means of terrorist organisations LNR and DNR, the exclusive control of more than 400 km of the Ukrainian-Russian border, conducting less intensive operations which do not allow Ukraine to develop dynamically and create problems for the internal and foreign policy and for the economy — all of these are only one way to conduct the hybrid warfare.

Second and not less important component of the Russian plan is creation of the favorable political and information environment in a number of the European countries. The Russian authority and journalists-propagandists actively manipulate public opinion in the countries which, according to the Kremlin, yet have not become a part of united Europe. Actively speculating on problems which inevitably arise in the states which are in a state of strong transformation of political relations, the Kremlin propagandists have reached really impressing results. Recent elections in Bulgaria and Moldova can be an example. Though the European status of these states is different — Bulgaria has been a member of the EU and NATO for about a decade, and Moldova has for a long time only been seeking the membership of these organizations — the elections’ results have appeared equal. The Russian propagation has shaken a situation in these countries to such degree that the pro-European candidates have suffered shattering defeat.

It is rather easy to explain the victory of the pro-Russian candidates. Pro-European candidates in both countries used the European model of dialogue with electorate — they told the truth which is far from desirable and recited difficulties which are necessary for overcoming to get out of crisis.

The pro-Russian candidates used the reliable and proven method — they conducted the pre-election campaign from the positions of hard core populism, telling how bad it is to be a member of the European community and how everything will be changed for a better as soon as the look is turned to the Russian Federation.

However, there is no way to change what has happened. Now it is very important that not only progressive Moldavian and Bulgarian politicians, but also all European bureaucracy will draw serious conclusions as the unity of the EU is its main value. That is why problems of Bulgaria and Moldova are problems not only of these countries, but also of the whole of Europe.